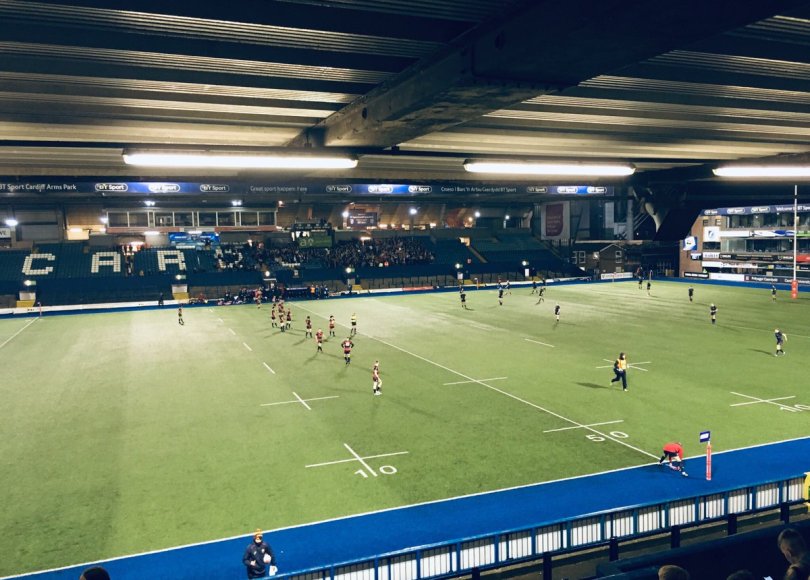 Cardiff Met completed the first set of BUCS Super Rugby fixtures with an impressive win over Bath in tough conditions at their Cyncoed home ground this week.

It caps a tough opening run of games that saw the Archers take on pace setters Exeter away from home, and Durham home and away, but still come out with a credible record of played 12, won 8 at Christmas.

The only real disappointment for Met will be a narrow 11-9 away loss at Loughborough in round nine, but they bounced back from that in style with double derby wins over Swansea and Cardiff Uni to sit fourth going into the festive break.

For Uni though it has been a really tough first set of fixtures, despite a strong start to the season which saw them win away at Hartpury and home against Northumbria in rounds one and two.

However, 10 straight defeats have seen them slide down the table to second-from-bottom, three points ahead of Northumbria who have a game-in-hand in their back pocket.

The fixtures don’t get any easier for Uni after Christmas, with four of their six games coming against sides in the top four, and one of the others being the big derby at home to Swansea.

Met will be hoping to build some momentum in the early part of the second block of fixtures though with three home games on the bounce before playing the league’s bottom two teams in the last two games of the season.