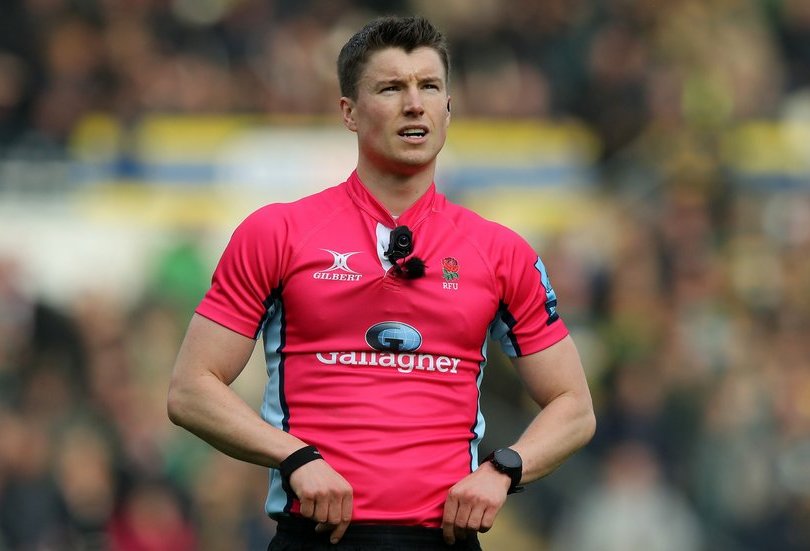 There will be a familiar name attached to the fixture between Cardiff Blues and Calvisano in Northern Italy this weekend as Craig Maxwell-Keys referees it for the second time in his career.

The Englishman took charge of this very game in his first European Challenge Cup outing back in November 2015 when tries from Lloyd Williams, Dan Fish, Gavin Evans, Tom James, Ellis Jenkins, Blaine Scully and a penalty try, as well as 11 points from Rhys Patchell and four from Jarrod Evans saw us win 9-50.

Since then the 28-year-old has gone on to referee a further 18 Challenge Cup games, as well as taking his Gallagher Premiership tally to 67, as he has become a recognisable figure around the top flight game over the Severn Bridge.

Three of those games in the Premiership have come this season, where he has overseen away wins for Sale and Saracens over London Irish and Gloucester, respectively, as well as a home win for Worcester over Leicester, with no cards being handed out in the process.

In fact, in the 86 games he has refereed across the league and in Europe, Maxwell-Keys has only shown three red cards in total.

He will be assisted at the Pata Stadium by fellow Englishmen Adam Leal and Phil Watters. There is no TMO as the game is not televised.