The Cardiff Blues European jersey has been released early on the Macron website.

Replacing last year’s light blue and grey jersey, which was only worn four times as the team didn’t make it past the pool stage of the Heineken Champions Cup, it is now entirely dark grey.

Once again produced by Macron it is described as ‘dark grey with navy and azure blue details. The shirt is made of fightex and features various stretch fabrics for added elasticity. The inside of the collar features the repeated phrase ‘Strength through unity’.

‘The most interesting feature are the names of Cardiff’s minor teams appearing next to the side stripes. Finally, the collar features an elastic tape.’

Actually the most interesting aspect though is that Land Rover are not the principal sponsor on this jersey, with Energy Partner Octopus Energy taking centre stage as the vehicle manufacturers slide to the shoulder. Make of that what you will. 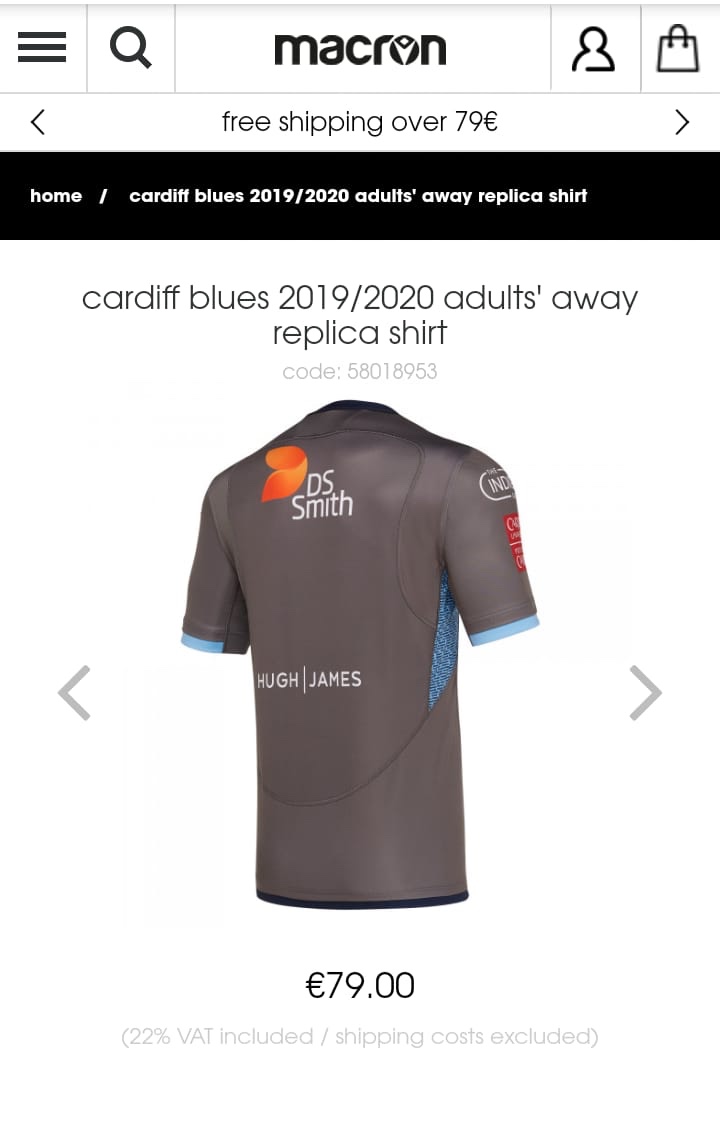