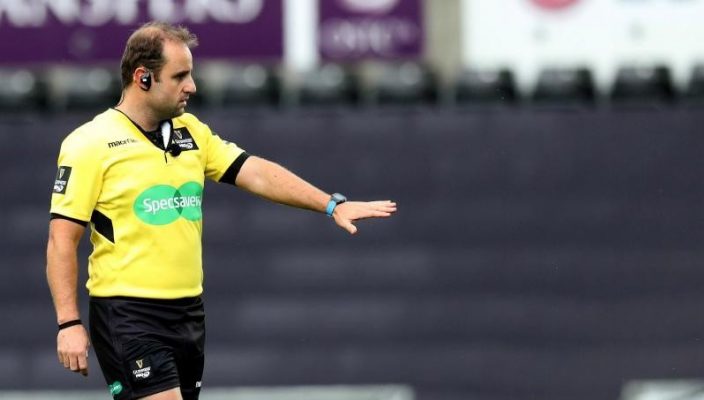 South African referee Stuart Berry will take charge of the fixture between Cardiff Blues and Munster at the Arms Park on Saturday night.

It will be the 37-year-old’s 27th Guinness Pro14 outing, having previously refereed 27 games in Super Rugby since making his debut in 2011.

This will be the fourth time that Berry has taken charge of a Cardiff Blues game, with the record so far showing a win and two defeats, those two losses coming away at Scarlets and Ulster respectively.

The good news for the home team on Saturday night is that the solitary win came in this fixture two seasons ago, when Cardiff Blues won 25-18 thanks to tries from Macauley Cook, Lloyd Williams and Owen Lane.

Berry has been in the middle for six Munster games so far in his Pro14 career, most recently last weekend as the Irish side overcame the Ospreys at Irish Independent Park.

He has handed out a yellow card in each of his three games so far this season, all to the away teams, with 75% of games he officiates resulting in a home win.

Berry will be assisted by Dan Jones and Richard Brace, while Tim Hayes will act as the TMO, all three being Welsh referees.

Thanks to www.cardiffrfcfans.com for the stats.