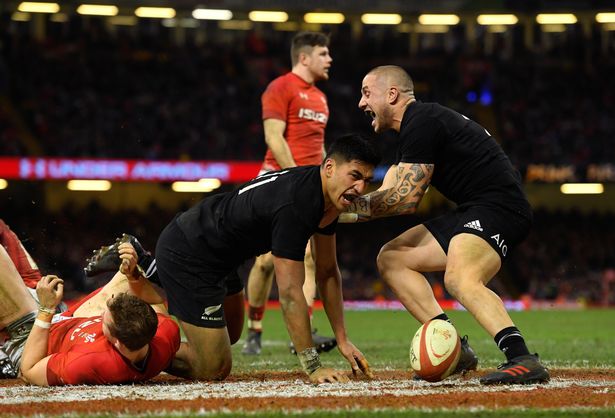 Under normal circumstances a Wales v New Zealand encounter would be a huge game, but in a Rugby World Cup third-place play-off it seems like less than a sideshow.

Make no mistake that staging this fixture is nothing more than a cash-cow for World Rugby, and that neither team if given the option would still be in Japan for this game having lost a semi-final last weekend.

However, here we are, and so it comes to pass that Warren Gatland’s final game in charge of Wales will come against the land of his birth, and against old foe Steve Hansen who is also departing his role leading the All Blacks at the end of this fixture.

That at least adds something to this game, as they aim to send their coaches out on top, while for Wales there is a chance to beat New Zealand, something we haven’t done since 1953. A losing streak of 30 games.

It won’t be easy though as despite the fact that the All Blacks sport seven changes to the starting XV that lost to England last weekend, the players coming in bring a wealth of experience and quality.

Dane Coles has 68 caps, Sam Cane has 67, while in the backs the new centre partnership of Sonny Bill Williams and Ryan Crotty have a combined 104 outings, and Ben Smith on the wing will win cap 84.

Younger talents Shannon Frizell and Rieko Ioane add some edge to the new faces, but a number of those in the team will be making their last hurrah, including captain Kieran Read who bows out of the All Blacks jersey after 127 caps.

Injuries and fitness concerns have hit Wales hard as Warren Gatland had a squad of just 26 to pick a final matchday 23 from, resulting in nine changes to the XV that started the loss to South Africa.

Tomas Francis (shoulder), Aaron Wainwright (hamstring), George North (hamstring) and Leigh Halfpenny (concussion) all miss out, while there was never a replacement called up after Liam Williams (ankle) was ruled out.

As a result Dillon Lewis starts at tighthead, James Davies gets the nod in the back row as Justin Tipuric switches to the blindside, while Owen Lane and Hallam Amos complete an all-Cardiff Blues back three alongside Josh Adams.

Other changes are more tactical as Nicky Smith starts at loosehead with Wyn Jones dropping to the bench to cover tighthead, Adam Beard and Jake Ball swap places at lock, while Tomos Williams, Rhys Patchell and Owen Watkin replace Gareth Davies, Dan Biggar and Hadleigh Parkes as the 9, 10 and 12 combo.

For a couple of those players in red it will likely be their last chance to play in a Rugby World Cup, as the likes of Ken Owens, Alun Wyn Jones, Justin Tipuric and Jon Davies turn towards the end of their careers.

Meanwhile for others in the shape of Nicky Smith, Adam Beard, James Davies, Tomos Williams, Rhys Patchell, Owen Watkin and Hallam Amos, there is an opportunity to take out the frustration of not getting as many minutes as they might have wanted in the tournament so far.

The challenge that faces them is a monumental one as New Zealand, despite their defeat last week, are still a superb side and it will take the performance of a lifetime from the majority of the Wales players on the field.

Hopefully they are allowed to express themselves as there is plenty of attacking talent in that backline, but I fear it could be a long 80 minutes to see out the Warren Gatland era.