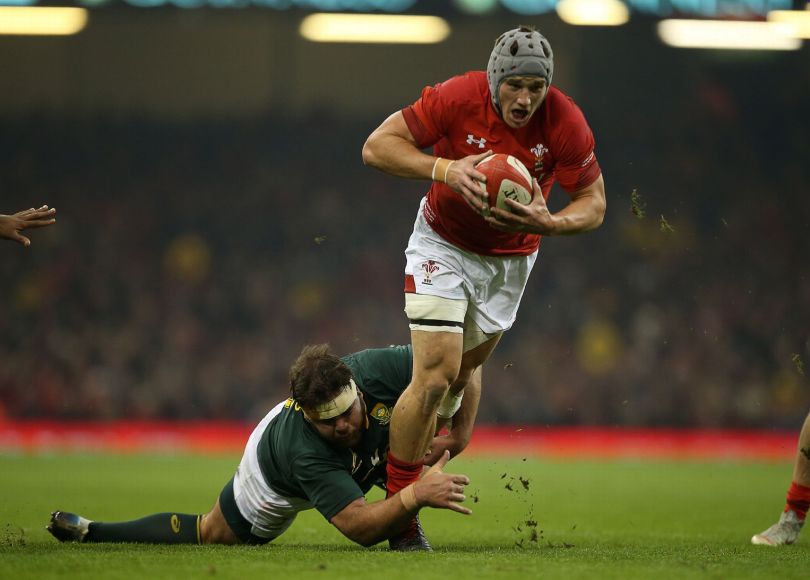 It doesn’t get much bigger than this, as Wales take on South Africa in the Rugby World Cup semi-final on Sunday in Yokohama, 9am kick-off UK time.

The prize at stake is a spot in the Final against England, but first Warren Gatland’s men have to do what two groups of players before them have failed to do and win a semi-final at a World Cup.

Back at the inaugural tournament in 1987 was the first visit to the last four, with Wales going down 49-6 to New Zealand in Brisbane, before the 8-9 loss to France in Auckland eight years ago when Sam Warburton was shown a red card.

That second defeat was avenged last weekend though, when tries from Aaron Wainwright and Ross Moriarty ensured Les Bleus were defeat in the quarter-final, with attention now turning to South Africa.

Wales’ overall record against the Springboks does not make pretty reading, with just six wins, a draw and 28 losses in 35 games between the two sides, however, five of those victories have come in the last six encounters including four straight wins for the men in red.

On the way to the semi-finals the Springboks are yet to set the tournament alight either, losing to New Zealand before cruising past Italy, Namibia and Canada as expected, and then overcoming the only tier two side left in the competition as they beat Japan in the quarter-final.

Head coach Rassie Erasmus, formerly of Munster, has been forced in to one change to the team that beat the host nation last time out as electric winger Cheslin Kolbe is ruled out with an ankle injury, but his replacement in Sbu Nkosi still has plenty of talent with many Springbok supporters suggesting he should have been starting anyway.

There are also injury blows for Warren Gatland to deal with, as Josh Navidi (hamstring) and Liam Williams (ankle) were ruled out of the remainder of the tournament this week.

Ross Moriarty comes in at number eight and Leigh Halfpenny is named at full-back, while Aaron Shingler beats out regional team-mate James Davies to win the spot on the bench.

While the injuries are a disappointment there is good news though as Jon Davies is fit enough to return at outside centre after withdrawing late on against France.

After struggling past France last week the Wales team will be left in no doubt that they need to improve to stand any chance of beating South Africa on Sunday.

However, they will also know that the kicking game can cause a Springbok back three that isn’t so comfortable under the high ball all sorts of problems, as well as that challenging hard at the breakdown can produce rewards.

Then it comes down to fronting up against the South African power game, and defending hard in midfield to prevent the ball being spun wide to the danger man in the opposition back line.

Beyond that, what better motivation than a World Cup Final against England?