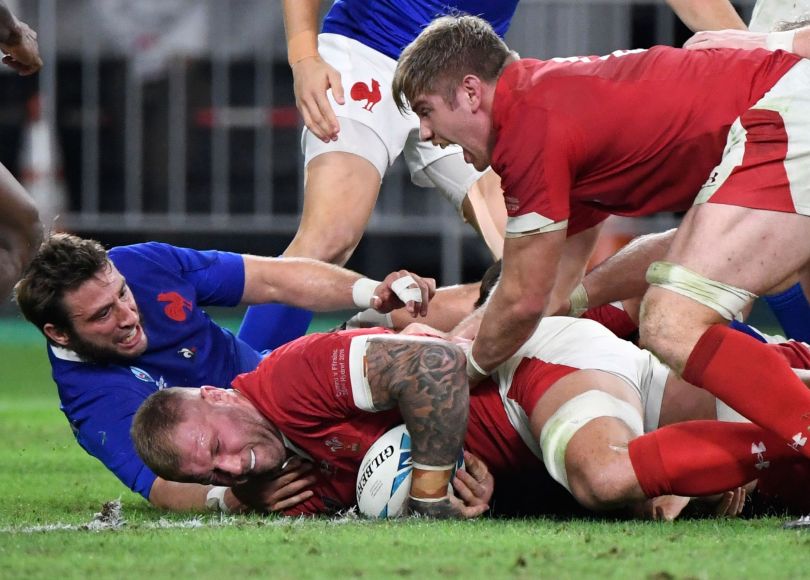 Wales’ Rugby World Cup quarter-final win over France on Sunday was far from pretty. In fact, it was so ugly it probably had a large impact on NHS services come Monday morning.

Going 14-0 down inside 10 minutes, the Ross Moriarty yellow card, Ken Owens’ long pass inside our own 22, struggling to get over the line against 14-men. It all added up to quite the tough watch for Welsh fans.

However, as hasn’t always been the case in the history of Welsh rugby, a win was clawed out of somewhere. Well, the arms of France back rower Charles Ollivon by Tomos Williams, to be precise.

After the game there was plenty of criticism for Warren Gatland’s men which, unusually, came from outside Wales rather than within. Media bods and rugby people from around the globe alike were queuing up to let us know that we’d never beat South Africa in the semi-final.

Realistically it’s difficult to disagree with that. If we play against the Springboks like we did against France then we’ll be preparing for a third-place play-off the following week, rather than a first ever Final.

Three questions spawn from that though; did we play that badly? Does it matter? Will we play like that again? I’d argue the answer to all three is ‘no’.

Starting with the first question and this is probably the most controversial ‘no’, as it’s quite clear we didn’t play well. In fact I tweeted after the game that it was our worst performance in around two years, and I stand by that.

My point though is just because we didn’t play well, doesn’t necessarily mean we played badly. Wales have been very good for around two years now, the performance against France just wasn’t as good as we have been.

The big issue was that we uncharacteristically lost the kicking and aerial game for the first 65 minutes, with Antoine Dupont, Romain Ntamack and particularly Maxime Medard kicking brilliantly from hand to pin us back.

On the flip side though, once the defence settled down into the second half it never felt like they were going to give up another try. The attack should have yielded two tries in the final quarter but for two mistakes from George North and Dillon Lewis, and the set piece in the second half was supremely strong.

So while it’s possible to say we didn’t play well, we weren’t so dreadful that we stand absolutely no chance against South Africa. A few tweaks to the kicking game and getting out of the blocks faster will do us a world of good.

On to the second question, and it might sound odd to ask ‘does it matter if you play well?’ when the answer is obviously yes. However, Wales have shown in recent times that the answer can be ‘no’.

Looking back at the Six Nations and it’s not unfair to say that we didn’t play particularly well against France and Italy, in the first 60 minutes against England, or against Scotland.

‘Forgetting how to lose’ is a somewhat cliché sentence, but Wales under Gatland have become a winning team, and they don’t really care how they do it.

On to next week now and whether we’ll repeat the French performance against South Africa, with the answer being almost certainly not.

Over the last few years Wales have been able to adapt their game to take advantage of the opposition, as well as raise our game to meet the challenge of the best teams around.

Last November we improved massively to beat Australia and South Africa, in the Six Nations we stepped up to beat England and Ireland, and even at the start of the pool stage we built on beating Georgia to dominating the Wallabies in the first half.

Wales are gaining a reputation as a big game team, and although we will be underdogs this weekend, it wouldn’t be a surprise to see us manage to nick a win against the Springboks in Yokohama. Don’t write us off just yet!