Cardiff Blues centre Willis Halaholo will qualify to play for Wales this week as he celebrates three years since his arrival from New Zealand.

The 29-year-old signed from the Hurricanes in 2016 and arrived a Super Rugby winner having also featured for Waikato in the New Zealand Provincial Cup that season.

He arrived on the 22nd October 2016, meaning that he becomes available for Wales selection this week, having not been officially tied to either New Zealand or Tonga earlier in his career.

Since then he has featured 64 times for Cardiff Blues, scoring 13 tries and earning the nickname ‘The Hot Stepper’ due to some killer ankle breakers that opposition defenders have suffered the consequences of. 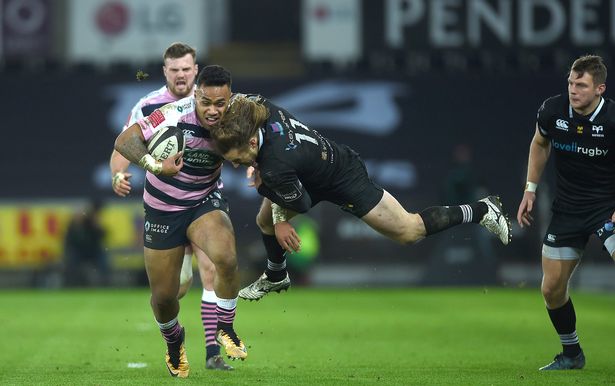 The timing of his Welsh qualification is interesting as there is currently a spot in the Rugby World Cup squad up for grabs following the disappointing news that Josh Navidi has been ruled out of the rest of the tournament with a hamstring injury.

Warren Gatland has confirmed that a back would be called up, with enough back row cover already in the squad but concerns over the fitness of centre Jon Davies who withdrew from the team to play France on Sunday with a knee injury.

The obvious centre cover is Scott Williams, who was involved in the pre-World Cup training squad, with other options lacking as Cory Allen is injured and Tyler Morgan has only played two games for Wales since featuring in the 2015 Rugby World Cup.

With Halaholo having previously stated his desire to pull on the red jersey, he may well be in with an outside chance of heading to Japan this week, should Gatland be after that X Factor.