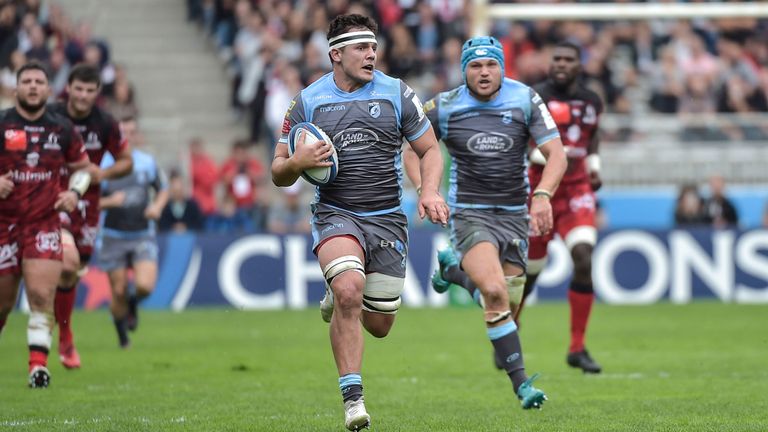 Cardiff Blues flanker Ellis Jenkins is still on course to be available for the Christmas derbies as he recovers from his knee injury.

He has not played since last November when he tore his Anterior Cruciate Ligament in the final seconds of Wales’ win over South Africa in the Autumn Internationals, ruling him out of the Rugby World Cup.

Speaking on Scrum V Live though, where he was a pundit for the Pontypridd v Ebbw Vale encounter at Sardis Road, he said, “I’m getting there slowly, working through it with the physio at the moment and trying to tick all the boxes.

“I’m hoping to be back on the pitch around Christmas time, all going well.”

The 26-year-old has racked up 104 Cardiff Blues appearances to date, and was named club captain at the start of the 2018/19 campaign before it was cut short by the injury.

Cardiff Blues start the run of Christmas derbies on Saturday 21st December away at Ospreys, before welcoming the Dragons to the Arms Park on Boxing Day, and Scarlets on Friday 3rd January.