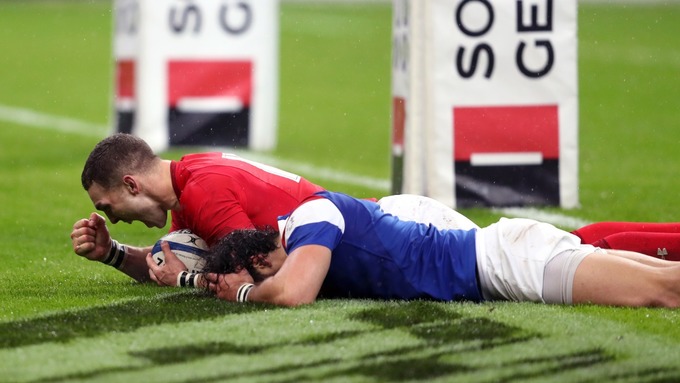 Knockout rugby is upon us at the Rugby World Cup as Wales take on France in the quarter-final in Oita on Sunday.

Warren Gatland’s men have made it this far after topping pool D, winning all four games in the pool for the first time and being the only team to do so, although that was largely due to the cancellation of a number of games elsewhere due to Typhoon Hagibis.

France were one of the teams impacted by that, seeing their game with England called off, meaning they qualified for the quarter-finals in second place after overcoming USA, Tonga and Argentina beforehand.

They will now need to do something they’ve only done once in the last eight games of facing Wales and win if they want to reach the semi-finals, just as they did in the 2011 tournament.

Of course on that occasion they won in the semi-finals, with Wales supporters keen to forget that game as Sam Warburton was sent off and France won through to the Final 8-9, where they lost to New Zealand.

Only one player remains from that French team in the current squad, full-back Maxime Medard, and he is one of five changes to the side that beat Tonga last time for Les Bleus, with one other being scrum-half Antoine Dupont who is declared fit after recovering from a back problem.

Guilhem Guirado captains the side from hooker despite reports of a falling out between him and head coach Jacques Brunel, with rumours of series rifts within the squad.

There is a settled look to the Wales team, discounting the rafts of changes made for the game against Uruguay last week, as Warren Gatland names the same team that beat Georgia and Australia at the start of the pool stage.

The only changes come on the bench, where Rhys Carre is preferred to Nicky Smith to cover loosehead, and Adam Beard is recalled to cover lock instead of Aaron Shingler after recovering from having his appendix removed.

Wales will be keen to front up physically against what is a big and powerful French pack who will look to carry hard and show off their handling skills in a bid to unlock the red wall in front of them.

With backs who can play in a similar fashion to those who caused Wales such problem in the Fiji team, Shaun Edwards’ defence will have a task on their hands to get the team into a winning position.

The Welsh attack will know they can cause France problems as they did in this year’s Six Nations though, so expect plenty of phase play with perhaps less of an emphasis on kicking as we try to move and tire out a big opposition pack.