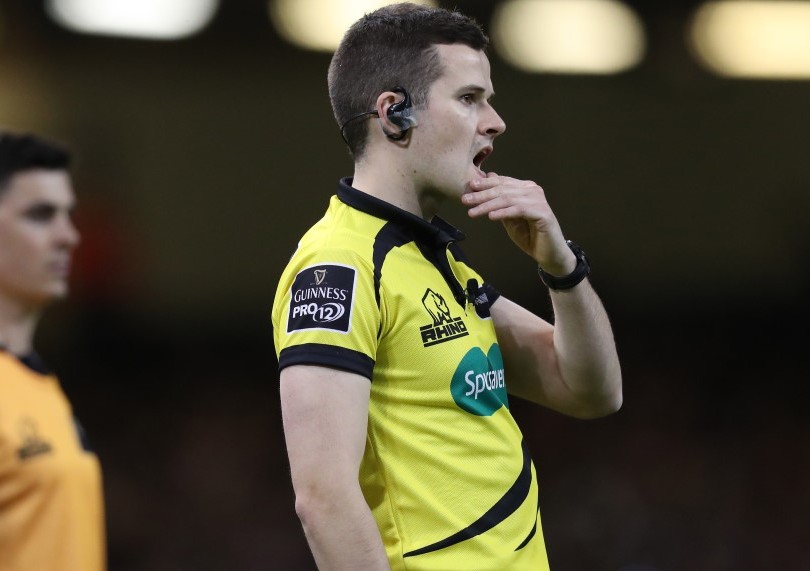 The 29-year-old from the Leinster Branch of Irish Rugby is one of the youngest referees in the Guinness Pro14, with this weekend’s game being just his 16th in the middle after becoming a regular on the circuit in the second half of the 2016/17 season.

He has officiated three Cardiff Blues games in that time, two of which came in the 2017/18 season as Cardiff Blues beat Zebre 37-8 at the Arms Park, and Southern Kings 12-45 out in South Africa.

However the most recent game of ours he refereed came last September when we lost 27-25 against Benetton out in Italy, part of our three defeats in three games to start the season.

Following that match Referees Manager Greg Garner admitted to Cardiff Blues head coach John Mulvihill that Benetton number eight Robert Barbieri should have been sent off for connecting his forearm with Lloyd Williams’ throat when going into contact.

This will be Gallagher’s first trip to Scotstoun, and indeed his first time refereeing Glasgow. He will be assisted by fellow Irishman Johnny Erskine, and Scottish official Ben Blain, with Irish TMO Brian MacNeice in the truck.

Thanks to www.cardiffrfcfans.com for the statistics.