Wales’ second match in Pool D of the Rugby World Cup takes place in Tokyo this Sunday, and it is the crunch game of the pool stage against fellow tier one side Australia.

It is a widely held view that the winner of this game will likely top of the pool, and subsequently avoid England at the top of Pool C, especially with Uruguay having beaten Fiji earlier in the week.

When looking at the form book it does not make pleasant reading for Wales, who have only beaten Australia twice in 15 games since Warren Gatland took over as head coach. We have also only beaten the Wallabies once in six attempts at the World Cup, that coming back in 1987.

However, the positive to cling to is that one of those two wins in the Gatland era came in the last encounter between the two teams, when the boot of Gareth Anscombe kicked us to a 9-6 victory at the Principality Stadium last November. 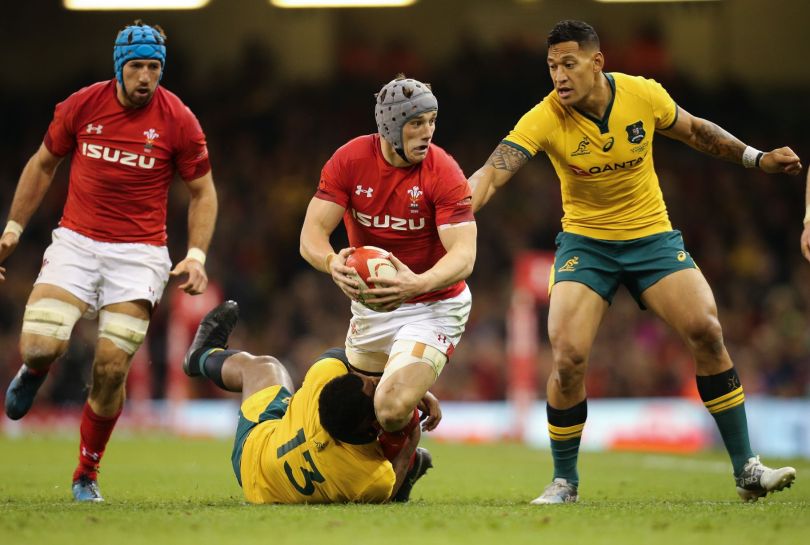 In a bid to avenge that Australia have drafted back into the starting XV some key experienced players who did not feature in the 39-21 win over Fiji in their first game, as Will Genia and Bernard Foley start at half-back.

The pair with a combined 176 international caps take over from Nic White and Christian Leali’ifano, with White dropping to the bench, while at full-back the 88 caps of Kurtley Beale also heads to the bench with Dane Haylett-Petty chosen ahead of him.

The other change sees Reece Hodge, who has picked up a three match ban after a shoulder charge in the Fiji game, replaced by Adam Ashley-Cooper on the wing. 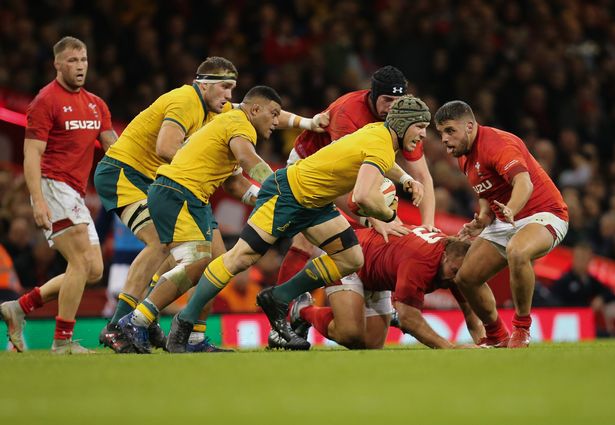 Warren Gatland on the other hand makes no changes to the team that beat Georgia 43-14 in Toyota on Monday to get the campaign underway with a bonus point win.

Wyn Jones and Aaron Wainwright retain their places in the team, with Nicky Smith and Ross Moriarty staying on the bench, while Aaron Shingler continues to cover the second row with Bradley Davies not yet considered.

The only change to the 23 as a whole sees Owen Watkin take over from Leigh Halfpenny on the bench with Hadleigh Parkes playing despite fracturing a bone in his hand against the Georgians.

Wales will need to produce their best performance since beating Ireland and England in the Six Nations to win in Tokyo on Sunday against an Australia team that has plenty of talent, but isn’t unbeatable.

The influence of Hooper and Pocock in the back row will need to be nullified, while hopefully our scrummaging doesn’t let us down, especially with Romain Poite refereeing, but in key areas in the backline we are noticeably stronger.

Win this and the rest of the pool stage becomes a lot more simple. With nine days off after this there is no excuse for Gatland’s men not to leave everything on the field. Do that as a minimum and we’ll have a great chance.