The Celtic Cup takes on a new dimension this week as it properly merges with pre-season ahead of the Guinness Pro14 getting underway at the end of the month.

Over the first two rounds both Gethin Jenkins and T Rhys Thomas at Cardiff Blues, and Luke Narraway at the Dragons, have taken the opportunity to showcase some players from outside of the first team, either from the Indigo Group Premiership, Academy or Wales Sevens setup.

For this weekend’s home side it hasn’t worked out results-wise, with a 47-28 defeat at hands of Leinster A being followed by a 35-7 loss away at Ulster A, leaving us bottom of the Celtic Cup league table after two rounds.

Dragons meanwhile have had more success, picking up a bonus point in a 24-19 loss away at Connacht A, before comfortably cruising past a Munster A side last week with a 37-10 scoreline.

This week they welcome into the starting XV a number of recognisable faces, including loosehead Ryan Bevington, scrum-half Tavis Knoyle, centre Adam Warren and winger Dafydd Howells who have all played for Wales over the years.

There are also a number of recent Wales U20 stars involved, with Chris Coleman, Joe Davies, Max Williams, Taine Basham and Rio Dyer all current or recent graduates of the national age grade side.

On the bench Ollie Griffiths is ready to make his return to playing after an injury hit 2018/19 campaign, Rhodri and Jordan Williams are set to get minutes, while high profile new signing Sam Davies could appear in a Dragons jersey for the first time. 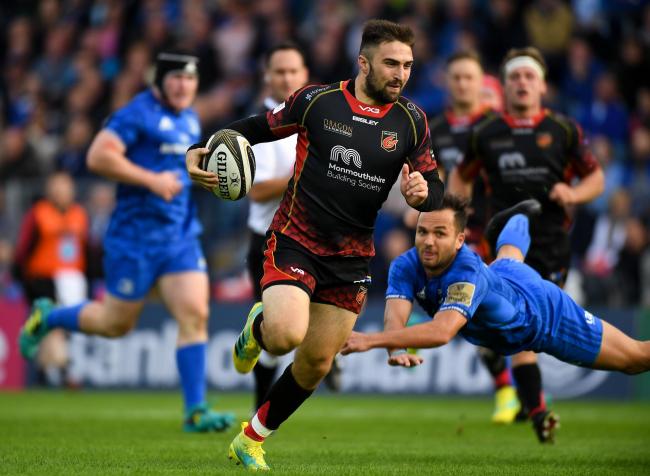 Cardiff Blues meanwhile have not picked many senior players in the starting XV, with only Macauley Cook, Lewis Jones, Dan Fish and Jason Harries over the age of 25.

However, in players such as Liam Belcher, Corey Domachowski, Shane Lewis-Hughes, Garyn Smith, Harri Millard and Aled Summerhill there are younger players with good Pro14 experience.

Add to them talent in the shape of Will Davies-King, Ben Murphy, James Botham, Alun Lawrence and Ioan Davies, and it’s an exciting Cardiff Blues A team that will take the field.

There are more recognisable faces on the bench, with Will Boyde and Jason Tovey potentially appearing for the first time since signing over the summer.

An intriguing game as both teams combine the Celtic Cup with pre-season in a bid to show off their young talent and get first team players game time.

Result will not be totally key, but a good performance and signs that what has been worked on over the summer is paying off will be something to keep an eye on.

Get down and support the boys this afternoon, come on Cardiff!