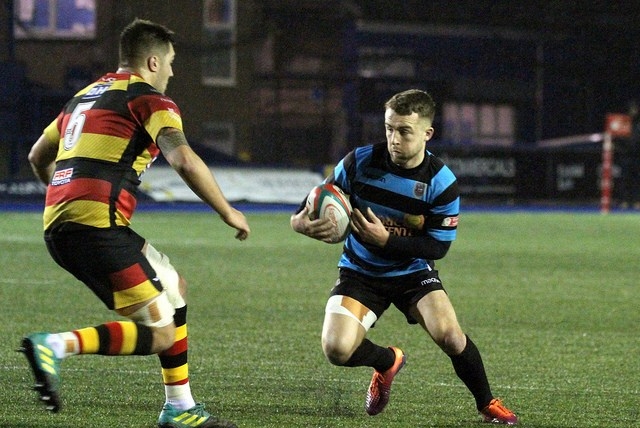 There’s little doubt that Cardiff RFC will have a target on their backs this season, as the team return to Indigo Group Premiership action having pushed Merthyr all the way during 2018/19.

With Specsavers Cup success also to our name after what was a superb campaign from the Blue and Blacks, Steve Law has returned the side to the upper echelons of Welsh club rugby, and as such Cardiff are a big scalp once again.

Keeping this in mind, it makes the start of the 2019/20 season even trickier to navigate, with some tough encounters and plenty of historic rivalries to overcome should we be looking to get the year off to a flying start.

Welcoming Pontypridd to the Arms Park, before heading to Llanelli and then hosting Swansea in the capital will be three real tone setting fixtures to get the season underway, and that’s without mentioning the always tricky trip to North Wales as Cardiff get the Cup defence off to a start against RGC.

Through October and November is where Law may well be keen to pick up some points, with three home games out of five coming against Carmarthen, Ebbw Vale and Aberavon, which will hopefully set us up for what is an incredibly tough looking December.

Going away to Newport is followed by a home game against reigning champions Merthyr, before away games either side of Christmas against Llandovery, who were a bit of a bogey side for Cardiff in the Premiership last season, and Pontypridd.

January through to March offers up another period during which the Blue and Blacks will look to pick up points, just as we did last season in this period where 11 straight wins took us within touching distance of winning the league.

Home games against Llanelli, Bridgend and Newport, as well as trips to Aberavon and Carmarthen will be games that can define a season, before two tough fixtures away at Merthyr and home to Llandovery bring the season to a close.

Having looked at the squad that Law has assembled yesterday, hitting the ground running will be the key, as the group needs to gel quickly over the summer in order to avoid dropping early points as was the case last season.

Then it’ll be about avoiding too many injuries and keeping up momentum to carry us right through to the final game. On paper the squad clearly has the quality to compete, now we have to back up last year on the field. Come on Cardiff!