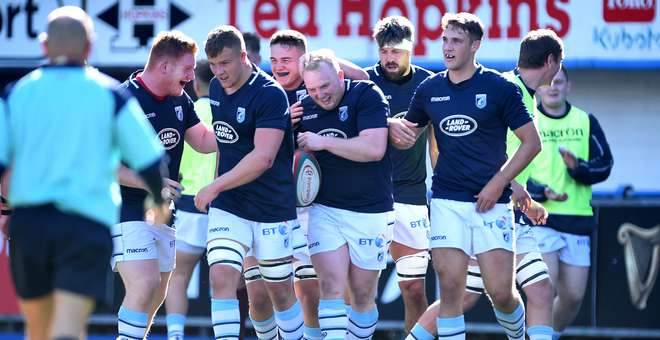 Having looked at the loosehead props last time out we slide across the front row to the number two jersey now, a position with plenty of bodies, but perhaps not with the variety of attributes required.

As Matthew Rees retires the mantle of being the experienced head up front passes to Kris Dacey, who stepped in as club captain during the second half of last season after Ellis Jenkins was ruled out through injury.

At the start of his 10th season involved with Cardiff Blues at the senior level, he is set to add to his 150 appearances, bringing to the squad that attributes you would expect from a back rower converted to hooker.

The Merthyr-man, who will be 30 when the season gets underway, is a highly mobile front row athlete, who generally gets his name on the top tackle lists, as well as acting as a key attacking weapon with 25 tries to his name in all competitions.

Behind him the battle for second choice hooker is set to rumble on, with Kirby Myhill and Ethan Lewis both fighting it out to put pressure on Dacey for that number two jersey.

Now 27, Myhill has not quite realised the potential that many saw when he was coming through the ranks with Scarlets and Wales U20, failing to string together a run of good performances during his time at the Arms Park so far.

Despite only starting two games, one each in the Pro14 and Heineken Cup, last season, he has done enough to earn a new contract from John Mulvihill though, and now needs to press on if he’s going to get more involved in matchday 23s.

Always keen to get around the field, Myhill seems to me to be the most likely to replace Rees as that hooker with the more physical edge who can scrummage hard, with coaches Tom Smith and Duane Goodfield needing to do some big work with him this pre-season.

Another who has earned a new contract this summer, Lewis had his most first team exposure so far in his career last season, but again needs to kick on to that next level if he is going to become a regular first team asset.

At just over 100kgs he’s not going to be the hard hitting hooker that we are lacking, but he can develop in a similar mould to Kristian Dacey and become an asset in that regard.

Now 25 it’s about getting minutes under his belt and a more experienced rugby head on his shoulders to ensure games don’t just pass him by, and develop the temperament to nail the set piece at crucial times.

Also looking to stay involved with the first team is Liam Belcher, who saw plenty of Pro14 action during the Six Nations period when John Mulvihill was clearly impressed by his performances off the bench.

He is taking his second chance at Cardiff Blues well, having been released in 2017 but gone to Dragons and worked hard, and then coming through Cardiff Blues A to earn his place in the first team.

The lightest hooker on the books, he has a turn of pace some backs would be pleased with, but there is a nagging doubt that, in the long-term, he will be too small for senior professional rugby.

Finally, hoping to make his mark this season is former Wales U20 hooker Iestyn Harris, who could fit the bill as a more physical hooker over the next few years.

Still only 20, we will hopefully get a good look at Harris with Cardiff Blues A in the Celtic Cup, as he didn’t play much senior rugby last season. It is unclear whether that was through injury or as part of his development plan.

With Wales U19 hooker Cameron Lewis also on the books, and having played good level rugby for Aberavon in the Premiership and Cardiff Uni in BUCS Super Rugby last season, the conveyor belt is looking good.

However, we are very light in the senior hookers currently, which shows in the scrum and around the field. Matthew Rees was always the option to turn to if we need some surety up front, but that option is now gone and it leaves us rather one-dimensional.

What we can work on specifically this pre-season is the lineout though, with all four hookers who played in the first team last year blowing very hot and cold with their throwing consistency. If there’s one big improvement that has to be made, that is it.