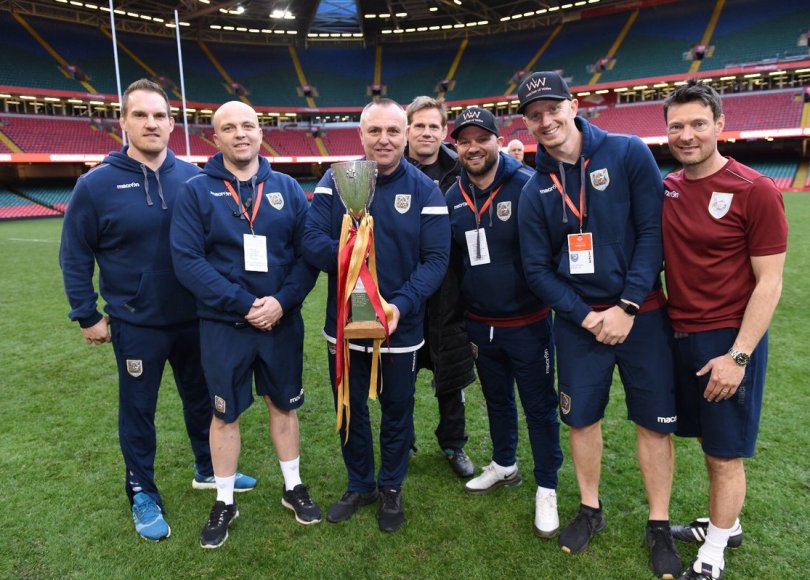 Cardiff RFC will stick with primarily the same coaching staff for next season, although there is a minor re-shuffle with one departure and one new face.

Backs and attack coach Llyr Lane will depart this summer after two years with the Blue and Blacks, during which time he has made us one of the most dangerous sides in the league when going forwards.

Last season in the Principality Premiership we scored 991 points and 129 tries, as we averaged 33 points and four tries per game, and secured 17 try bonus points in 30 games, as well as winning the WRU National Cup.

However he will now move on to pursue activities outside of rugby, with his assistant over the last two years, James Dixon, taking over as the backs and attack coach.

33-year-old Dixon has plenty of playing experience in the Premiership, having had spells at Bedwas, Bridgend, Carmarthen Quins, Maesteg, Newport and Swansea during his career, while he also featured for the Dragons Premiership Select XV.

The new face on the coaching staff is Will Cusack, who will oversee strength and conditioning, as well as acting as skills coach, for Cardiff.

A former student at the University of West England, he is currently involved with the Cardiff Blues academy as an S&C coach, and will combine the two roles this season.