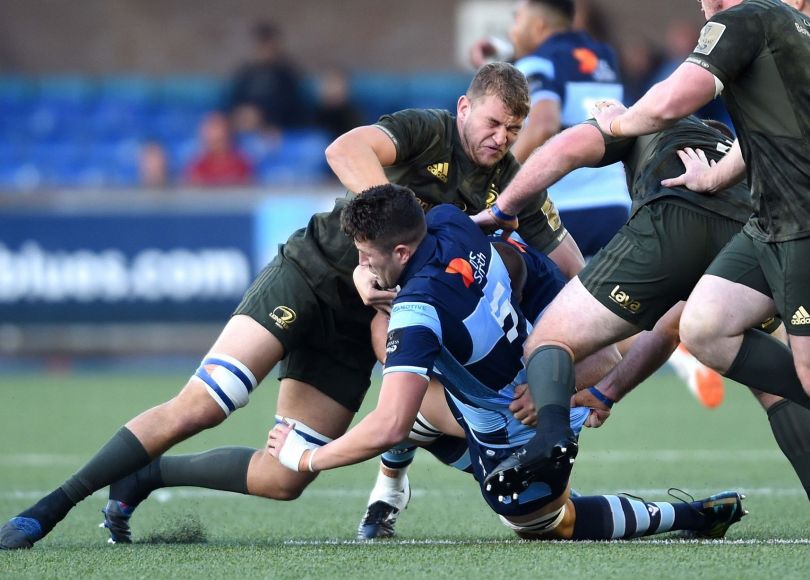 Cardiff Blues have confirmed that second row Rory Thornton will be staying at the Arms Park permanently after a successful season-long loan deal.

The 23-year-old arrived at the Arms Park last summer looking for game time, with minutes restricted by the likes of Alun Wyn Jones, Adam Beard and Bradley Davies ahead of him in the Ospreys pecking order.

He started for the majority of the first two months of the season, but some under-par performances saw him slide out of contention until the New Year, even appearing for Cardiff RFC in the Premiership at one point.

However, a recall in January saw Thornton feature in each of the last eight games of the season, with his form improving dramatically as he attempted to help fix a Cardiff Blues lineout that was too often wayward.

The one-cap Welsh international was due to return to the Liberty Stadium this summer, but has now signed permanently in the capital and will compete for a spot in the second row alongside Seb Davies, James Down and Macauley Cook, as well as youngsters Ben Murphy and Callum Bradbury.

Speaking to the Cardiff Blues official website, he said “Cardiff Blues have shown big faith in me by offering me this permanent deal, and that has been a huge thing for me. I really enjoyed my first season, and it’s a great opportunity to continue my progress here.

“At the start of the season, I struggled a little bit coming off the back a shoulder injury, but it was about getting some confidence back and having a run of games under my belt. Towards the second half of the season, I felt I was getting back into form and I’m excited to have an opportunity to kick on next season and build on that with Cardiff Blues.

“I met John for the first time at the start of last season, and he really set a good impression on me before I came, and I know the likes of Tom Smith, Richard Hodges and Jason Strange from working with them in the past.

“There’s big potential in this team, and I find the way we’re playing really exciting, especially with the likes of Jarrod at 10 and having boys like Owen Lane, Aled Summerhill and the new signings out wide.

“Ospreys obviously played a big role in my development, and I’m thankful to the organisation for their support over the years, but now I’m really excited to start a new chapter and making this move is the best step for my career.”