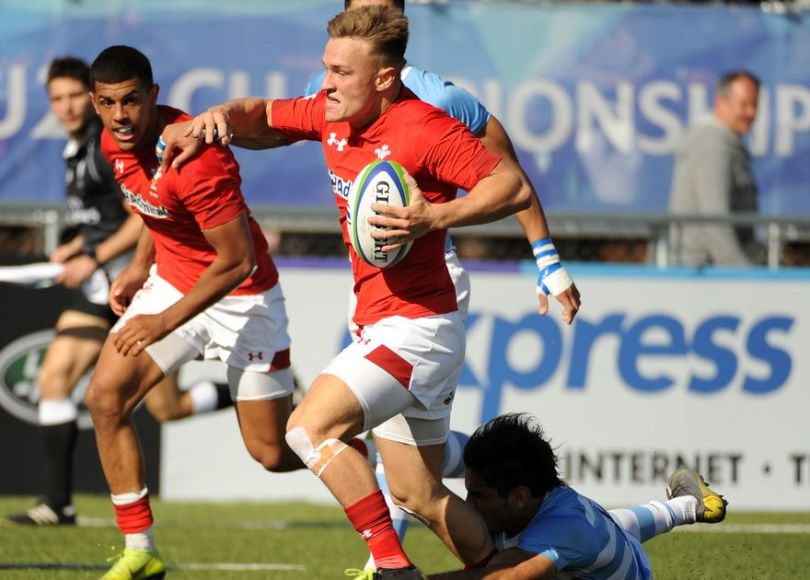 Wales U20 got off to a winning start in the World Rugby U20 Championship on Tuesday as they overcame host nation Argentina with a scoreline of 30-25.

During a physical encounter the Welsh defence stood up to huge pressure from a large and direct Argentinian pack, as the men in red stood strong without the ball, while the boot of Cai Evans put 20 points on the board to push us towards victory.

Individually a number of players put their hands up, as Dewi Lake, Tommy Reffell and Ryan Conbeer brought their experience at this level to the table in a performance that required mature heads at critical situations.

However, there was another one of those experienced, mature heads on the field who was a standout performer, and that man was Ospreys scrum-half Harri Morgan.

We’ve known that the 19-year-old has huge potential since he walked into the squad and straight into the starting scrum-half spot during the 2018 U20 Six Nations, but now, despite a frustrating season for him injury-wise, he’s showing that he’s developing a high quality rugby brain.

His ability to dictate the pace of the game was a crucial component of Wales’ win over Argentina, as we recovered for an opening quarter that saw us largely unable to go through the phases, he took the game by the scruff of the neck and added some direction to proceedings.

In particular his pass off the left hand from the base of the ruck was a joy to watch, looking at the example above how he snaps the ball into the hand of the first receiver while hardly breaking stride.

The way he ran the show from scrum-half was hugely impressive throughout, combining the vision and a smart thought process with a high quality edge.

To spot the space in the first clip and then have the composure to throw a quick dummy and take the blindside winger out of the equation was very good, to spot the space in behind and pin Argentina in the corner was even better, especially at a crucial time of the second half.

Morgan’s kicking was a staple aspect of the game for Wales as he demonstrated his basic skill level for a top scrum-half was more than acceptable.

From clearing brilliantly beyond halfway from inside his own 22, to spying more space and putting Argentina in the back foot, and eventually conceding a penalty after a solid Wales chase, his kicking was key.

There wasn’t a huge amount of kick-to-chase on Tuesday, but this was on the money as Ryan Conbeer is on hand to pat the ball back, although it unfortunately bounces into Pumitas possession on this occasion.

Against France, who were keen to counter attack from anywhere against Fiji in the other Pool A game, this tactic may well be one to go to more often, especially if the wind has died down slightly.

We will also need a magic moment to break down the reigning champions, and something like this wouldn’t go amiss.

A very impressive showing from Harri Morgan in the first game of the competition, and one that will no doubt excite Ospreys supporters as they head into a World Cup season that will see them largely without Aled Davies having released Tom Habberfield.

For now though, four more big outings are required from the scrum-half to ensure Wales U20 achieve the best possible World Rugby U20 Championship finish.