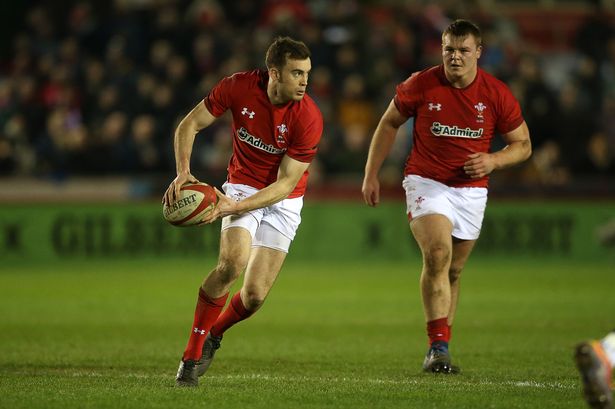 The World Rugby U20 Championship gets underway a week today with Wales U20 starting the pool stage against competition hosts Argentina at the Hipodromo in Rosario, 5pm kick-off UK time.

Head coach Gareth Williams has named a 28-man squad to travel to South America, with the other pool stage games coming against reigning champions France (8th May) and newly promoted Fiji (12th May). Both games also kick-off at 5pm UK time.

There is more than an element of consistency within the squad selection as only Ospreys hooker Garin Lloyd wasn’t involved with this season’s U20 Six Nations squad, although he did play for the U19s just before Christmas.

Unfortunately that competition did not go quite as well as hoped in the end, finishing fourth with 10 points, closer to Scotland in last than England in third, as Ireland ran away with the title and a Grand Slam to boot.

A solid start saw Wales compete with France during the first half in Vannes, going in 17-10 down at the break, but a tough second half followed with the scoreline finishing 32-10. There was an excellent response the following week though with a six-try 12-42 hammering of Italy.

The competition then peaked in the third round with a superb 11-10 win over England in Colwyn Bay thanks to a Deon Smith try with the last play of the game, before a disappointing defeat away to Scotland and a home loss to Ireland brought about a tough end to proceedings.

It’s a shame that arguably the Welsh player of the tournament in Dragons back rower Taine Basham will not be involved over the next few weeks in Argentina after picking up a hand injury, but there is better news regarding Tiaan Thomas-Wheeler.

The Ospreys centre was retained by his region for the majority of the U20 Six Nations, only starting against Ireland in the final round, but after five Guinness Pro14 and two Challenge Cup appearances this season, he is now ready to make his mark on the World Rugby U20 Championship.

Scarlets winger Ryan Conbeer also offers a boost to Gareth Williams, returning to fitness after being injured throughout the Six Nations, bringing his 18 caps of experience at this level as part of eleven players spending their second year playing at U20 level.

There is plenty of leadership quality within that group as last year’s captain Tommy Reffell is selected in the back row after a season in which he made his Heineken Champions Cup debut for Leicester Tigers, while Dewi Lake leads this year’s team and earned rave review for his performances at hooker during the Six Nations.

Elsewhere Lennon Greggains is also among the back row options after playing for the Dragons first team during the back end of the season, Harri Morgan and Cai Evans will once again link up at half-back, and Rio Dyer is selected as a winger after a season in the Wales Sevens setup.

Of the first year players in the U20 setup, Rhys Davies of the Ospreys is someone to look out for at loosehead after starting every game in the Six Nations, while the Scarlets’ Iestyn Rees has shown signs he is more than capable of stepping in for the injured Basham at number eight.

Leicester’s Sam Costelow is a supremely talented young fly-half and will likely be unleashed off the bench this summer before taking over in the 10 jersey next season, while Dragons’ Aneurin Owen’s ball carrying from inside centre was a standout aspect of Wales’ play during the Six Nations.

From a Cardiff Blues perspective there are four exciting talents representing us, all of whom can expect plenty of minutes on the field over the next few weeks.

Up front tighthead prop Ben Warren started every game in the Six Nations, blessed with good size he has technical ability beyond his years, while behind him Teddy Williams was also ever present in the second row and featured for Cardiff Blues A last September.

In the backs Max Llewellyn has been a familiar face in the Cardiff RFC centre this season, while Ioan Davies is talked about in the same breath as a young Leigh Halfpenny at full-back, with his talent such that people are getting very excited about his potential at at Arms Park.

Overall it’s a handy looking Wales U20 side, but with a concern lingering over the experience of the tight five that may let it down against effective Argentine and French packs in the pool stages.

However, if Cai Evans has an excellent tournament and the backs outside him can click as a unit above their undoubted individual talent, then there is a chance the young Welshmen can push all the way.

Later in the week we’ll have a look at Wales U20’s pool stage opponents, while there will be match previews, reports and analysis here and on Twitter @CardiffRugbyWeb throughout the tournament.