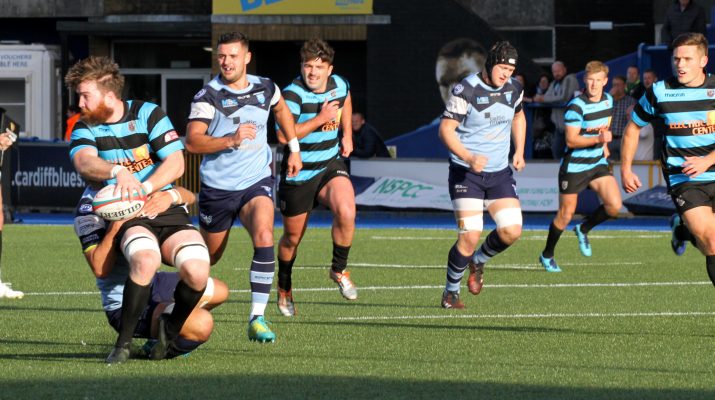 Cardiff RFC back rower Tom Daley has left the club after just under two seasons at the Arms Park, returning to Principality Premiership champions Merthyr for 2019/20.

The 29-year-old joined the Blue and Blacks during the middle of an injury crisis in October 2017, and would immediately embed himself in the starting XV, going on to make 15 starts and a further four substitute appearances across all competitions.

His reliability and versatility across the back row saw him remain an integral part of the squad this season, making a further 31 appearances in all competitions, so that his final outing away at RGC on the last day of the season was also his 50th game for Cardiff.

In that time Daley scored 10 tries altogether, the most memorable of which will undoubtedly be the first Blue and Black score in the Cup Final against the team he now returns to.

While he departs it seems Steve Law is set to strengthen his front row with the signing of Pontypool’s tighthead prop Ollie Drake.

Hailing from Penarth, the 25-year-old joined Pooler from Usk at the start of the 2016/17 season, and has been key to their three-time Championship title winning side, playing 68 times and scoring three tries in that time.

He was named Pontypool’s Player of the Year for the 2017/18 campaign, and if signed will arrive at the Arms Park to compete with Peter Lloyd and Kieron Brown for the number three jersey.