It’s fair to say that this season has not entirely gone to plan for the Scarlets, and that Wayne Pivac’s farewell to the West Wales faithful has been somewhat of a damp squib as a result.

A rather miserable Heineken Champions Cup campaign was over before it even really got going, as last season’s semi-finalists were out of the running before Christmas, while the Guinness Pro14 season never really got going.

After making the Final for the last two seasons they rarely threatened at the top of Conference B, and a horrendous run during the key middle of the season, as well as some particularly poor away form, has seen them fall away from play-off contention.

Then to cap it all off, they lose the Heineken Cup play-off away at bitter rivals Ospreys in the New Zealander’s last game in charge and fail to qualify for the top tier of European rugby for the first time ever.

On the back of all this there has been growing speculation over whether Wayne Pivac is the right man to take over as Wales Head Coach, as he will do when Warren Gatland departs following the upcoming Rugby World Cup.

WalesOnline’s rugby editor Delme Parfitt is all of a sudden ‘uneasy’ about his appointment while other murmurings have been seen on social media, although interestingly they are only surfacing in recent weeks when things haven’t been going great for the Scarlets.

The reason for this season going so poorly down in Llanelli is fairly simple; they have been plagued by injuries and unavailability.

It’s not just been a mini-injury crisis, it’s been months of key players not being fit enough to play. Samson Lee, Jake Ball, Blade Thomson, Aaron Shingler, Uzair Cassiem, James Davies, Rhys Patchell and Leigh Halfpenny have all been sidelined for weeks, if not months, at a time.

Blade Thomson and Uzair Cassiem were brought in as the direct replacements for Tadhg Beirne and John Barclay, two hugely influential figures in West Wales over the last two years, while there has been disappointment regarding fellow summer signings Sam Hidalgo-Clyne and Clayton Blommetjies.

All in all a tough season for Wayne Pivac in very challenging circumstances, with that injury crisis and subsequent lack of form and confidence leaving his side unable to get a result in the last two games of the season.

However none of this should detract from the superb job he has done at Scarlets and definitely not lead to people questioning his Wales appointment.

When he took over at Parc y Scarlets they were a mid-table side without any sort of consistent direction, but after two years of implementing a style of play and building a culture, that involved rubbing some people up the wrong way, success arrived.

Huge credit has to go to him, as well as his assistants Stephen Jones and Byron Hayward who will join him in the Wales setup, for the job they have done at the Scarlets. In my opinion what they actually achieved has been understated by the wider rugby world. 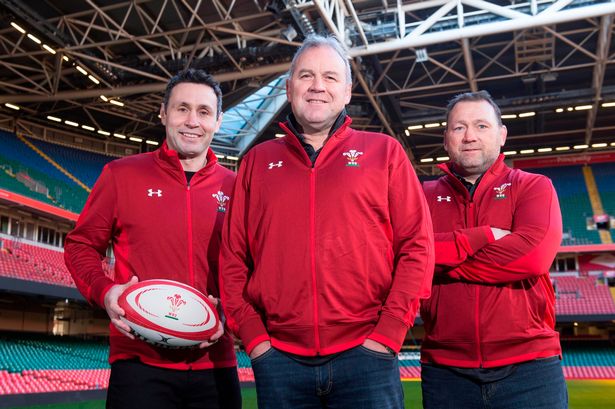 They took a squad, built on a wage bill that would be mid-table in the Pro14 and in the bottom five of the Heineken Cup, and for two seasons on the bounce made them one of the best teams in Europe.

Not a one-off season of punching above their weight, two years of competing with all-comers, and playing a style of rugby that attracted praise from everyone with the gift of sight.

It was quite something to witness, even while dealing the pain of severely gritted teeth as a Cardiff supporter, and although the players deserve their share of the plaudits, it was based upon the vision and coaching of Wayne Pivac.

Hopefully incoming Byron Hayward can continue the work of Shaun Edwards, as that defence with the attacking game plan of Pivac and Jones will be something to behold, and even with Hayward operating a similar defensive game to the of Edwards, it’s a fair bet we’ll still be strong without the ball.

How Pivac and Jones tweak that attacking game plan for international rugby will be interesting to see, whether they continue with the unstructured look that has served Scarlets so well or tighten things up slightly.

Whatever they do though they should be given time to implement it properly and build towards the success they have enjoyed at the Scarlets. One poor season does not mean they’re suddenly bad coaches. I, for one, am still excited for the Pivac era.