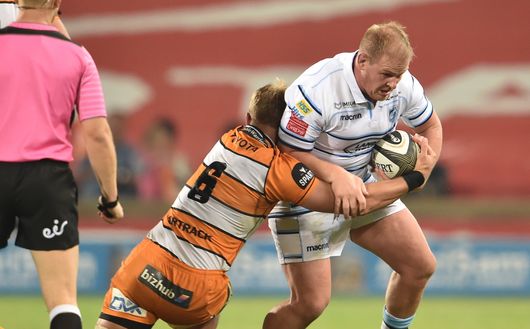 Loosehead prop Rhys Gill is set to sign a new contract at the Cardiff Blues, extending his career and helping avert what was shaping up to be a crisis at the Arms Park.

The 32-year-old is in his second stint with the club having featured 22 times between 2005 and 2009 before moving to Saracens where he played over 100 times across seven years for the London club, winning three Gallagher Premierships and a Heineken Champions Cup.

Since returning to Cardiff Blues in 2016 he has played a further 58 times in all competitions, including making 18 appearances this season, taking over from Gethin Jenkins as the experienced loosehead alongside youngsters Brad Thyer and Corey Domachowski.

That list should have included Rhys Carre, but of course he will make the same move a young Gill made, heading to Saracens next season, and with the Rhondda man having not been offered a new contract at the time, it meant John Mulvihill was looking at having just two contracted looseheads for next season.

It was thought Gill had come to terms with retiring and running his flooring business alongside former Cardiff Blues hooker Ross Johnston, but it appears he has had a change of heart and will now extend his playing career by two years.

He is facing a race against time to be fit the for the start of next season though, as he requires shoulder surgery which is likely to keep him out for the next four months.