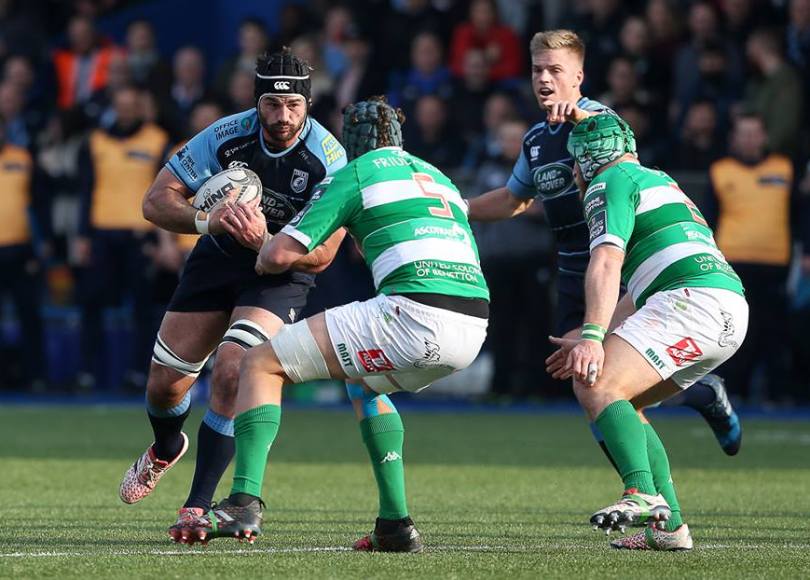 French ProD2 club US Colomiers have confirmed the signing of Cardiff Blues second row George Earle ahead of the 2019/20 season.

The 32-year-old is one of five summer signings announced by the Toulouse-based side, who just avoided relegation this season by winning four of their last five games to finish 13th.

Since arriving in 2016, Earle has made 59 appearances in the Cardiff Blues engine room, establishing himself as a first choice second row after 88 appearances for the Scarlets in the four years prior to signing at the Arms Park.

He now follows the path taken by Chris Czekaj when he left in 2014 to join a club that were Heineken Cup runners-up in 1999 and French Championship Finalists in 2000. Current players include former Bath prop Kane Palma-Newport.

His departure leaves John Mulvihill needing to add to his second row stocks for next season, as only Seb Davies and James Down remain contracted as senior locks, with Rory Thornton not confirmed as signing permanently after this season’s loan.

Using the age-old indicator of players posting their highlight reels online, it is also anticipated that back-rower Sion Bennett and fly-half Ben Jones will be moving on at the end of the season.