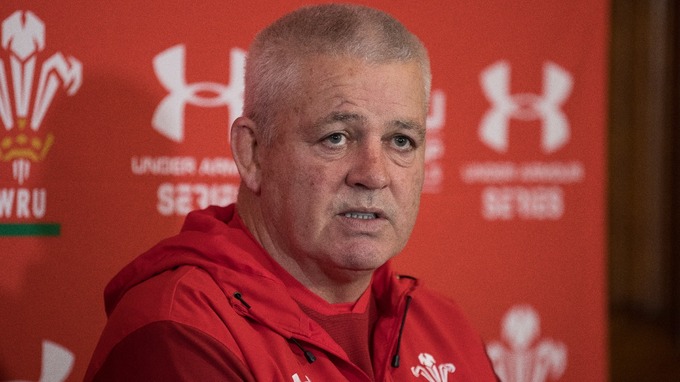 Uncapped Cardiff Blues duo Rhys Carre and Owen Lane have both been named in a 42-man training squad by Wales ahead of the Rugby World Cup.

The duo, both 21, have impressed at the Arms Park this season with Lane top scoring across all competitions with 11 tries, while Carre’s performances have earned him a summer move to Saracens, although he will still be eligible to play for Wales.

Joining them from the Cardiff Blues in the squad are Dillon Lewis and Ellis Jenkins in the forwards, while Tomos Williams, Gareth Anscombe and Jarrod Evans are included in the backs.

There is no room for utility forwards Seb Davies or Josh Turnbull though, while Ellis Jenkins is not picked as he continues his recovery from the anterior cruciate ligament tears suffered against South Africa in the Autumn Internationals.

Elsewhere in the squad there is a first call-up for Bradley Davies since last summer, James Davies gets the nod over Thomas Young in the back row, and Aaron Shingler is named despite not having played at all this season.

It is a slightly smaller training squad than expected, after Gatland went with 45 and 47-man squad before the 2011 and 2015 World Cups respectively, but there is still a possibility that any players not named could make the final squad for Japan.

The players selected will now go into camp after four weeks of rest following the end of their respective domestic seasons, meaning those from the Cardiff Blues and Dragons will begin before those from the Scarlets and Ospreys, while English-based players will arrive depending on league and European progress.

It is expected the whole squad will be together by the end of June, before they head off for a fortnight in Fiesch, Switzerland for a training camp. They then return to Wales for the first two warm-up games, before flying out to the Gloria Sports Arena in Turkey for a second training camp ahead of the final two warm-up games.

Warren Gatland will then name his final 31-man squad for the Rugby World Cup and they will fly out on Wednesday 11th September, being based in the Japanese city of Kitakyushu before the Pool D opener on Monday 23rd September against Georgia.