Cardiff RFC can go into the WRU National Cup Final on Sunday evening knowing that the 2018/19 season is one that everyone associated with the club can look back on with pride.

It’s true that these last two weeks have been disappointing for Steve Law, his coaches and the players, as dreams of a Principality Premiership title seemingly went out of the window.

The defeat away at Swansea was a bit of a bum note to see a 14-game unbeaten streak disappear and lose for the first time in the calendar year of 2019, while losing to Pontypridd last Friday is always a disappointment.

However, that has to be put behind the Cardiff team now, with Cup rugby allowing minds to drift away from league form and concentrate on the one-off task in hand.

More than that though, this Blue and Blacks team can enjoy the occasion knowing that this Sunday’s game, and even the two losses suffered in the league, don’t define what has been an incredibly successful season.

Cardiff are on course for a best league finish since the last time we won the Principality Premiership in 2008/09, and although our defence was marginally better that year, our attack has comfortably outdone the squad of 10 years ago. 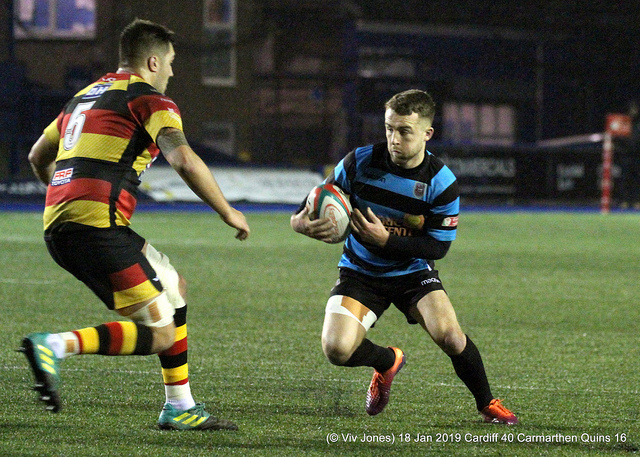 Just five competition points are needed from the remaining four league games of the season to break the 100 point mark for the campaign, and if we can return to winning ways then second place behind big spending Merthyr is a superb achievement.

It’s a massive turn around from the worry of avoiding relegation and ensuring our continued place in a reduced Premiership that some had at the start of the season, especially after a particularly mediocre 2017/18.

A lot of credit has to go to Steve Law for the recruitment work he has done, both last summer and as the campaign has worn on.

Aled Cockwell, Scott Gibson and Edd Howley have all been timely boosts to the squad as well, while we have seen the best of Peter Lloyd, Fraser Young, Ian Jenkins, Tom Daley, Gareth Thompson and Will Rees-Hole when called upon, alongside the ever reliable James Murphy and captain Joey Tomlinson.

Add in strong contributions from Rhys Carre, James Down, Callum Bradbury, James Botham, Lewis Jones, Ben Thomas, Max Llewelyn and Ioan Davies, who have felt like regular squad members despite dropping down from the Cardiff Blues setup, and the picture of a perfectly balanced squad has been painted.

Yes the Blue and Blacks have been lucky to avoid the serious and multiple injuries that can strike, as we found out last season, but credit to Law for his subtle tinkering of the matchday squad, keeping players rested while not disrupting the matchday 23 too heavily.

Assisted ably by T Rhys Thomas, Gethin Jenkins and Llyr Lane, they have created a game plan that moves the ball quickly early in the game, exploiting defences not ready to deal with the amount of options the Blue and Blacks bring off both 9 and 10, before hitting their tired legs with a power game later on.

A defence that has a speed and intensity, as well as an organisation, that is a step up above what many others are bringing in the Principality Premiership just adds salt to the wounds.

All this has resulted in a thoroughly enjoyable season to watch Cardiff RFC on a regular basis, and as the league shakes off the confusion that is being half in the development pathway and half the top of the domestic game, along with increased television coverage, it’s a great time to be flying for the Blue and Blacks.

Now it’s time for the players, coaches and supporters to enjoy a day at the stadium though, knowing that there’s no reason they can’t beat Merthyr, and do it without the pressure that comes with any sort of season defining game.