It appears that Cardiff Blues will have to do without Seb Davies and Josh Turnbull for the trip to Edinburgh this weekend, but hope that Jarrod Evans will be released from the Wales setup.

All three were in the starting XV as John Mulvihill’s side earned two important league points against Glasgow Warriors last Saturday, with the Six Nations enjoying a fallow weekend between rounds two and three.

Jarrod Evans kicked 13 points in a 34-38 loss while Seb Davies played 80 minutes at second row, but Josh Turnbull went off after 37 minutes with an unknown injury.

That knock is set to rule him out and he is not expected to travel to Edinburgh, while Seb Davies is set to be retained by Wales as a matchday reserve, warming up with the team before the huge game against England on Saturday afternoon. 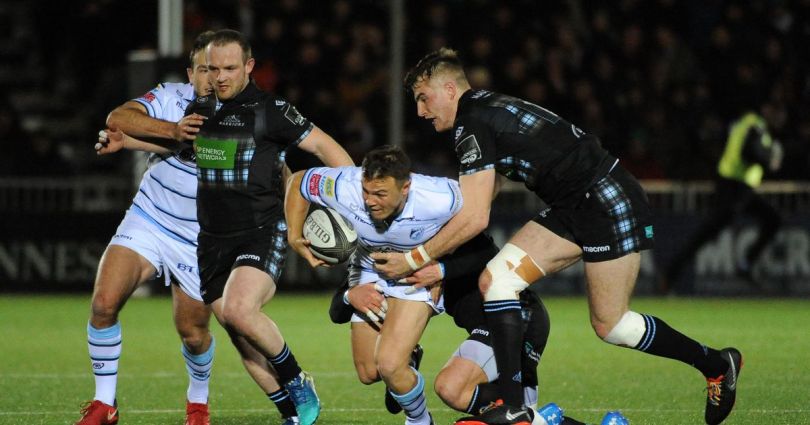 John Mulvihill is hoping to have Jarrod Evans released though, as Dan Biggar has overcome the knee injury that forced him off when playing for his club Northampton Saints last weekend.

Rhys Patchell is also back fit after featuring for Scarlets against Benetton in the Pro14, therefore Evans could be released from Wales training after training on Thursday to travel with the Cardiff Blues up to Scotland on Friday.

Elsewhere Kris Dacey and Harri Millard have been monitored after picking up knocks in the defeat against Glasgow, but both are still in line to feature at Murrayfield as things stand.