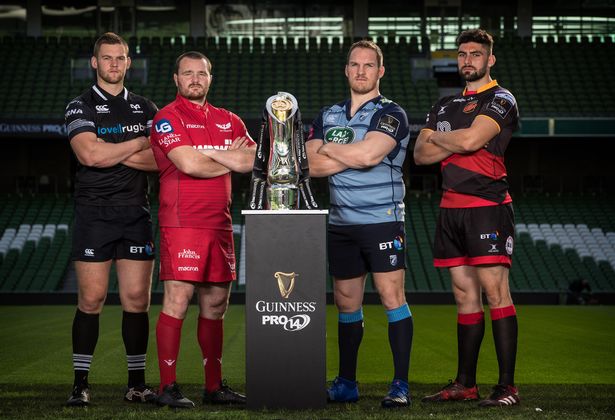 It is now a month since the Professional Rugby Board met to supposedly thrash out the details of a new funding model, and yet here we are still hunting for information as the end of the season flies towards us at an alarming rate.

At this point not a single Welsh region has been able to negotiate new contracts with any of their existing players, let alone sign new players to boost their squads, while it is a fair assumption to make that the Dragons lack of a new head coach is linked to the limbo Welsh regional rugby is currently in.

In recent weeks on the Cardiff Rugby Life I have looked at how the Welsh sides need money to compete at the top level of the Pro14 and Heineken Cup on the regular basis, while also warning of the dangers that switching to a two-team professional model would pose to the Wales national team.

This sort of sums up the quandry that we find ourselves in, with not enough money for four teams, but a requirement to have four teams for reasons of Team Wales squad depth and having suitable influence at both the Pro14 and European rugby tables.

Now with that month having expired since the first PRB meeting, and a second having come and gone without word in the early part of February, all we are left with is a frankly insulting Welsh Rugby Union ‘PRB update’ on their website, where 700-odd words manage to provide absolutely no information.

As a result the weird and wonderful world of Twitter has whirred into life, spreading rumours aplenty regarding new East and West teams, mergers between Scarlets and Ospreys, and Cardiff Blues and Dragons, North Wales being granted a full-time professional side and of course the compulsory ‘go back to clubs’ shout.

In fact, it’s got so bad that even some of the well known loons of Welsh rugby Twitter have started making sense with calls for benefactors and private investment, as even the most delusional realise that the WRU alone cannot afford professional rugby.

Unfortunately the WRU have spent the last few years driving those benefactors and private investors out of the game, to the point that we now find ourselves at a crossroads with nearly all signs pointing to financial implosion.

One rumour that does sound interesting though is that of the Dragons and RGC going through a merger to some extent, with this solving two problems for the WRU.

The first is that the Dragons are hemorrhaging money at a rapid rate and have cost the Union quite a lot more money than they had anticipated (although the exact amount that the rest of us predicted), with some in the corridors of power privately regretting the decision to save rugby at Rodney Parade.

They would benefit from the circa £500k that goes up to North Wales currently, which is the second problem as the funding for Principality Premiership decreases over the next few years, leaving RGC in this sort of odd limbo between a hardly semi-professional level and a professional regional role.

Creating a giant development region covering Gwent and North Wales would allow the current RGC first team to become a standard Premiership, operating as one of the regional clubs alongside the likes of Cross Keys and Ebbw Vale, with the regional games split between Newport’s Rodney Parade, and Colwyn Bay’s Parc Eirias, as well as potentially other Gwent grounds in between.

Elsewhere Cardiff Blues, Ospreys and Scarlets would maintain similar budgets to that they operate with now, with all four then desperately trying to survive as the Pro14 attempts to strike a deal with private equity firm CVC, who recently invested £200m into the Gallagher Premiership and have designs on international rugby.

This is one option for some sort of short-term survival without complete overhaul, but the word is that we will have to wait until after the Wales v England game in just over a week to find out what details the powers that be so kindly wish to furnish us with.

We can but hope that whatever finance deal they strike makes some sort of sense, and Cardiff Blues can get on with tying down key first teamers to new deals and strengthening for next season.