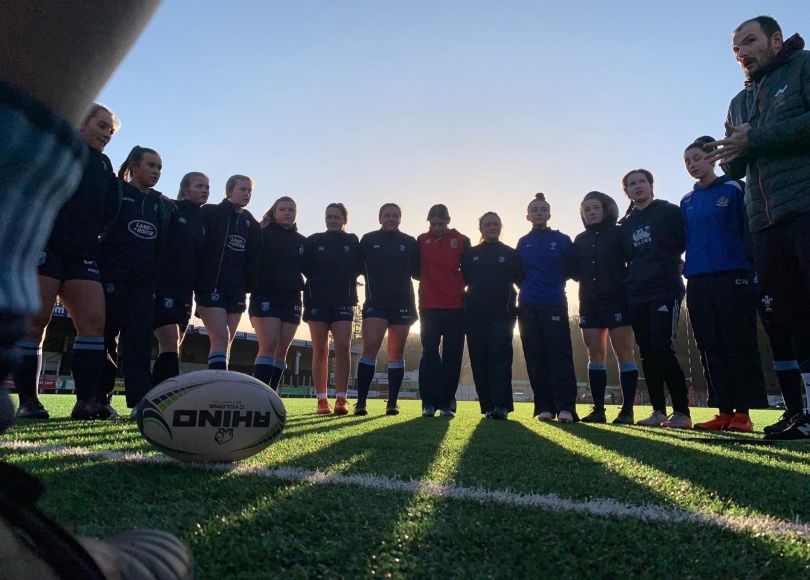 Sardis Road played host as each team took part in shortened games against each other to showcase the skills that will be on show when the full season gets underway this weekend.

Last season saw the Cardiff Blues U18 team finish third in the table, beating Dragons and RGC but falling to Ospreys and eventual champions Scarlets.

A number of that team graduated to the senior squad for this season, with Cardiff Blues finishing second in the Women’s Regional Championship before Christmas.

One of last season’s squad in particular has quickly gone on to bigger things, with Manon Johnes making her Wales senior debut in November and again making the squad for the upcoming Six Nations.

Cardiff Blues Ladies U18s will start this season’s campaign with a home game against Dragons at Sardis Road before facing Scarlets at Ystrad Mynach, Ospreys back at Sardis Road and then RGC at St Helens.