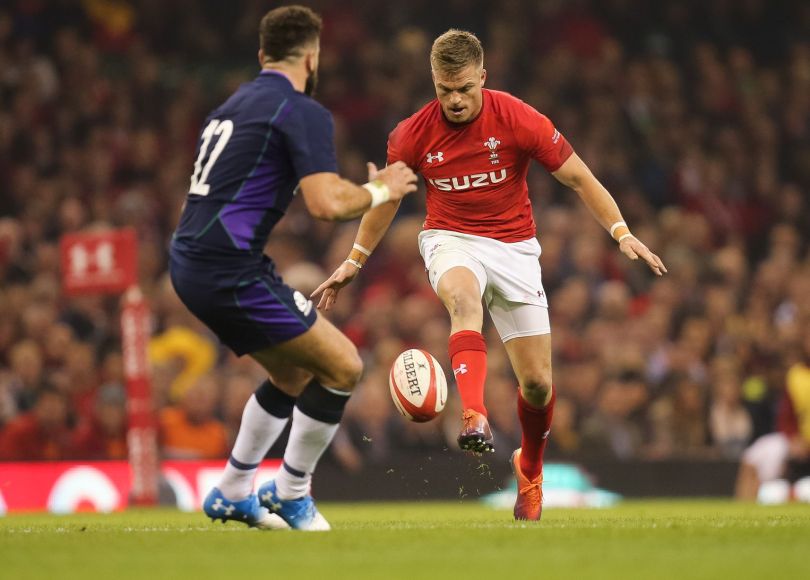 The Wales squad for the 2019 Six Nations will be announced on Tuesday, with Warren Gatland set to lead the team into the tournament for the final time.

Squad size has increased in recent years, growing from a number in the early 30s to 39 men in the last two years, allowing the head coach some room for manoeuvring when it comes to picking younger players.

It should also result in Gatland giving an opportunity to some English-based players in good form, Thomas Young and Jonah Holmes springing to mind, while the back row conundrum could be solved as all of Ollie Griffiths, Aaron Wainwright and Justin Tipuric can be picked.

For Cardiff Blues, it is probably the case that the amount of players selected won’t be too numerous, with young players Rhys Carre, Kieron Assiratti and Jim Botham set to make the step up post-World Cup.

However, there are still a few players waiting for the call this week, starting up front with Dillon Lewis.

The tighthead faces a stiff battle to make the matchday squad though, with Samson Lee getting a run of games under his belt for Scarlets and Gatland maintaining a favourable outlook over Tomas Francis.

Behind him Seb Davies could well get a nod as a versatile loose forward option, being a second row by trade but able to cover at blindside and number eight.

A strong showing at the back of the scrum against Tonga in November enhanced his chances of selection, along with injuries to Bradley Davies, Jake Ball, Aaron Shingler and Ross Moriarty.

A second utility forward who has more than put his hand up for selection is Josh Turnbull, who has earned rave reviews for his performances in a Cardiff Blues jersey this season.

He currently leads the tackle stats for the entire Guinness Pro14 and a man-of-the-match performance away at Scarlets would have definitely caught the eye, even before mentioning the experience he brings.

With Ellis Jenkins injured the final Cardiff Blues back rower who could be involved is Josh Navidi.

The Dreads of Destruction have got better week-on-week since returning from injury just before Christmas and he is hitting top form at just the right time to return to the international scene after missing out in November and last summer.

Into the backs and a case is building for an all-Cardiff Blues half-back pairing to start for Wales in the Six Nations opener away at France.

Gareth Anscombe was the man with the red number 10 jersey during the Autumn and helped the team to three of the four wins, starting against Scotland, Australia and South Africa.

In what has been a tough two months at the Arms Park he has continued to stand out with his performances likely seeing him retain his international first choice status.

Potentially joining him could be Tomos Williams who’s reputation continues to grow despite still being at the start of his career.

With Rhys Webb unavailable and Gareth Davies going through a questionable time form-wise, this Six Nations offers a chance for the Treorchy man to stake a claim for the nine jersey in World Cup year.

There is also an outside possibility that four Cardiff Blues half-backs could be named on Tuesday by Gatland.

The aforementioned form issues suffered by Gareth Davies, with Aled Davies not fully staking a claim to be in the squad either, may see a return to international action for Lloyd Williams after a few years away.

His game management and box kick quality might well offer something different, while injuries to Rhys Patchell and Dan Biggar at fly-half could once again open the door to Jarrod Evans being selected.

Outside them there was a late claim for selection made by Owen Lane on the weekend, who scored a brace of tries in his first start for three months.

The winger could well have been involved both last summer and in the Autumn but for untimely injuries, however he is now fit and clearly back firing.

Leigh Halfpenny’s ongoing concussion issues, Steff Evans’ lack of selection and Jonah Holmes being based in England all go in Lane’s favour as he looks for a first senior call-up.