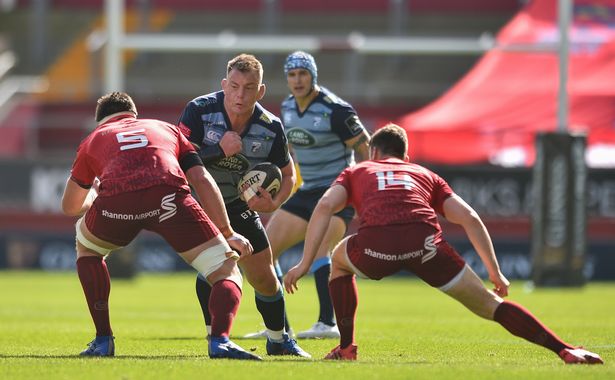 Cardiff Blues head coach John Mulvihill is set to introduce a number of new faces to his team that will travel to play Glasgow Warriors in the Heineken Champions Cup this Sunday.

The switch to European action comes after three weeks of Welsh derby games over the festive period, which immediately followed the double header against Gallagher Premiership champions Saracens. Some players had come off two Pro14 games against Glasgow and Ulster before that, while others were straight back from November international action.

This has left the likes of Rhys Gill, Dillon Lewis, Seb Davies, Gareth Anscombe, Willis Halaholo and Rey Lee-Lo having to play a lot of minutes over the last few weeks, while Josh Turnbull has played every minute of every game, leaving us looking mentally exhausted in last week’s Ospreys game.

With Kris Dacey and Blaine Scully limping off in that game, Dacey out for two weeks with a shoulder injury and Scully for a month with a hamstring issue, it seems the right time to mix things up in terms of team selection.

John Mulvihill has already confirmed that Matthew Rees will captain the side from hooker, making his first start since tearing his anterior cruciate ligament against Ulster last March, while young back rower Shane Lewis-Hughes is set to make his first senior competitive start after impressing for Cardiff RFC this season.

Jarrod Evans is set to return from the shoulder injury sustained against Saracens slightly ahead of schedule to play at fly-half, Owen Lane is expected to make a first start on the wing after a hamstring injury in the round one pool stage game against Lyon and Harri Millard was put up in front of the media suggesting a recall to the starting XV for the centre/winger.

Other young players registered in the Cardiff Blues 41-man European squad include Rhys Carre, Corey Domachowski, Liam Belcher and Kieron Assiratti, while Scott Andrews, Macauley Cook, Rory Thornton and Lewis Jones are registered from the fringes of the squad.

Back three flyers Aled Summerhill and Tom Williams have both returned to fitness and are available for selection, while Dan Fish is expected to be recalled to the matchday squad after being rested against Ospreys.

Speaking about the role Matthew Rees will play this week, Mulvihill said, “He’s someone who was going to get game time sooner or later so we have given him the responsibility of leading the team this week. He will get through until half-time and we will reassess how he’s going.

“It’s important a guy like Smiler is playing because we have a pretty young side this weekend and we needed that experience and someone who sets the standards around the place.

“He galvanises the team around him, he will keep them on the straight and narrow and we won’t deviate too far from the game plan.”