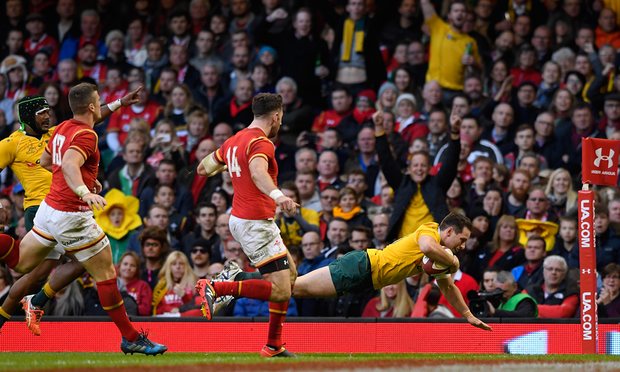 The second of the Autumn Internationals, but the first of the official World Rugby international window, sees Wales host Australia at the Principality Stadium this afternoon.

It comes on the back of last week’s out-of-window test against Scotland that saw Warren Gatland’s men cruise to a 21-10 over Scotland in what wasn’t exactly the most enthralling test, but did see Wales win the first game in November for the first time since 2002.

They now have to break another record if they are going to win the second game of the Under Armour Series, with Wales having not beaten Australia since the 2008 Autumn Internationals when tries from Shane Williams and Lee Byrne helped us to a 21-18 victory at the Principality Stadium.

13 games have passed with Wallaby victories in the interim period, with this record contributing to the wider issue of Wales’ poor record against the ‘big three’ of Southern Hemisphere sides under Warren Gatland. 39 games have been played against Australia, New Zealand and South Africa during his tenure, with just five wins recorded.

This may be the best chance the Welsh have had to improve that record and break the losing streak against the Australians in that time, with Michael Cheika’s men having recently finished third in The Rugby Championship, just a point above Argentina in fourth, and have won only two of their last nine internationals.

Their last game was the non-Rugby Championship test match against New Zealand in Japan, which they lost 37-20, and from that game Cheika makes four changes to his starting XV, with one positional change as a result.

Up front Tolu Latu starts at hooker in place of Folau Fainga’a, Adam Coleman replaces Rob Simmons to partner Izack Rodda in the second row, while Jack Dempsey gets the nod over Ned Hanigan to join the openside duo of Michael Hooper and David Pocock in the back row.

In the backs, Samu Kerevi is recalled at centre with Marika Koroibete dropping out of the squad and Israel Folau switching to the wing. Tatafu Polota-Nau, Matt Toomua and Jack Maddocks all come onto the bench.

Warren Gatland meanwhile has made three changes to the starting XV that beat Scotland last week, with some surprise about the team selected on social media and in the press.

Tomas Francis replaces Dillon Lewis at tighthead, with the Cardiff Blues man very unlucky not to keep his spot, while behind them Adam Beard joins his Ospreys team-mate Alun Wyn Jones in the second row.

One change in the backs sees Josh Adams start ahead of Luke Morgan on the wing, with Liam Williams only making the replacements bench where he is joined by Dan Biggar and Ellis Jenkins.

Australia may be something of a wounded beast at the moment, but don’t underestimate their ability to turn it on at a moment’s notice, especially with the quality that runs through their backline from Genia, Foley, Beale, Kerevi and Folau.

With the pincer attack of Hooper and Pocock competing at every breakdown they are a very difficult team to play against. Wales will have to play smart when it comes down securing our own ball. Latch carries are the order of the day, one-up runners off the menu.

The defence will need to match, and possibly better, the performance against Scotland last week when it was on top form, but the Wallabies will use the ball a lot better than an under-par Scottish side last week.

Wales will certainly fancy a go at the set piece though, specifically the lineout and maul, where Australia sacrifice some efficiency with the selection of Hooper and Pocock in the back row.

Is this the chance to break 10 years of losses? It’s difficult to say, but it would be a huge psychological boost