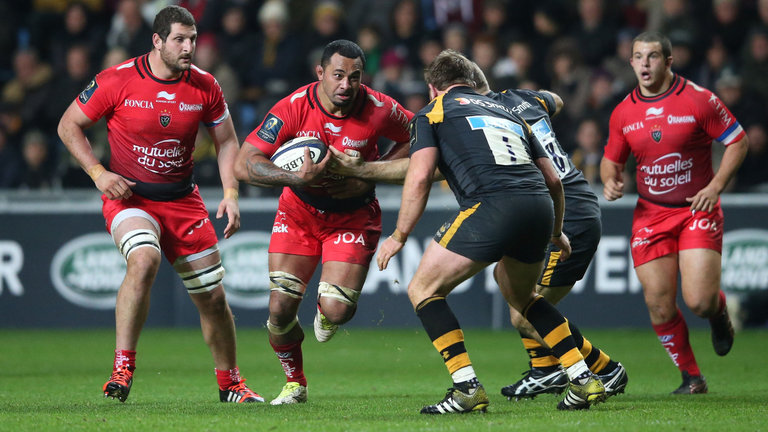 The 33-year-old arrives from the south of France after three seasons at the Stade Mayol, with owner Mourad Boudjellal allowing him to leave the club a year early, as All Black Liam Messam is set to join his side in the autumn.

In Cardiff he will link up with his USA Eagles team-mate Blaine Scully, with Manoa born in California like his national team captain. Since making his debut in 2010 he has won 21 caps wearing the stars and stripes, and it would have been more but for largely being unavailable during his time at Toulon.

Manoa started his career with San Francisco Golden Gate RFC, playing in the now defunct ‘US Rugby Super League’, which they won twice and finished as a runner-up four times during his spell with SFGG.

These performances earned him a big money move to the Rouge et Noir in the summer of 2015 on a four-year contract, the first of those offered by the cash rich Boudjellal.

Standing at around 6ft6 and weighing 124kg, he will add a grunt to the second row, and to the number eight spot if required to cover Nick Williams, as well as having good hands and a serious eye for the try line.

Speaking to the Cardiff Blues official website, Manoa said, “I’m really looking forward to the next chapter and getting stuck in at Cardiff Blues.

“They had great season last year, winning the European Challenge Cup and sealing a return to the Champions Cup, so it is a great time to join.

“I have spoken to both John and Blaine at length, and have heard nothing but good things about the set-up at Cardiff Blues, the city itself and the region.

“My family is the most important thing to me and hearing about how well players and their families are taken care of at the Blues was a big lure. If they are happy, I am happy and can be at my best.

“So I’m really excited about moving them over to Cardiff and then meeting my new teammates, competing for places and contributing to the Blues as they look to build on the success of last season.”