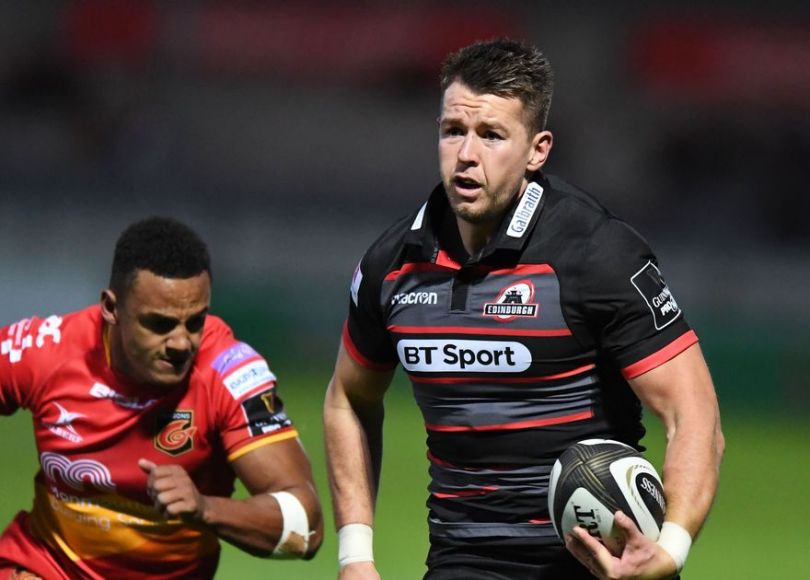 The 29-year-old was born in Carmarthenshire and came through the academy ranks at Scarlets, but after appearing at the 2009 Junior World Championship he found first team opportunities hard to come by down West, playing mostly for Carmarthen Quins in the Principality Premiership.

With his rapid pace and eye for the try line he was picked up by the Wales 7s setup and spent three years on the HSBC World Sevens Series touring the globe, before heading back to 15-a-side rugby in 2015 with London Scottish.

Two seasons with Scottish in the Championship followed where his try scoring form attracted the attention of Edinburgh, for whom he made his debut against Cardiff Blues at the Arms Park in the first round of last season’s Guinness Pro14.

Despite impressing Edinburgh head coach Richard Cockerill, Harries found himself behind Dougie Fife, Damien Hoyland and Duhan van der Merwe at Murrayfield, and his one-year contract was not renewed at the end of the season.

Now though, after appearing again for Wales 7s alongside Lloyd Williams at the London 7s event this summer, Harries has signed with Cardiff Blues to compete with Blaine Scully, Owen Lane, Aled Summerhill, Dan Fish and Harri Millard for a spot on the Arms Park wing.

Speaking to the official club website, he said, “I’m really looking forward to linking up with the squad and getting stuck in to what will be a tough pre-season.

“This is the perfect opportunity for me as I take the next step in my career. Having qualified for the European Champions Cup and won the Challenge Cup it is an exciting time to join up with the Blues and the squad must be brimming with confidence.

“There is a huge amount of competition within the squad but that is only healthy and will lead to us being better both as individuals and a team, which is the ultimate goal. I am excited to show what I am all about and contribute to the region as we look to build on the success of last season.”

Head coach John Mulvihill was pleased to have landed Harries as his second Cardiff Blues signing, saying, “Jason is a big, powerful back three player and will complement our style of play going forward.

“He has an extremely high work rate and puts himself into good positions on the field in both attack and defence.  He had an impressive previous with the Wales Sevens program and we are looking for him to transfer this form into our environment.”