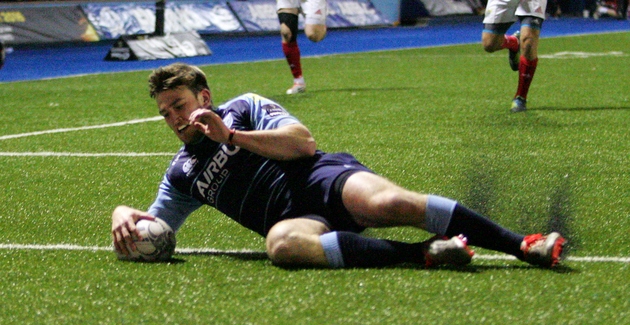 The second game in this Six Nations fixture block of the Guinness Pro14 takes place for Cardiff Blues on Saturday evening as Munster arrive at the Arms Park for a crunch Conference A encounter.

On the back of a narrow win over Cheetahs in dreadful conditions last week, Danny Wilson’s men are looking to make it two home wins on the bounce, and four wins in a row overall, to consolidate fourth place and the final automatic Champions Cup qualification spot.

It will be no easy task though, as Munster arrive in good form. Three wins from the last four, with the only defeat a narrow one away to Racing 92, have been good enough to secure a Champions Cup quarter-final, as well as staying second in the Pro14 table.

Both sides will also have the memory of the last fixture between them fresh in their memories, when Munster ran out 39-16 winner at Thomond Park back in September. A strong first half from Cardiff Blues, who actually lead at half-time 13-16, wasn’t enough to prevent a heavy defeat.

Of course, at the time, Cardiff were in the midst of a shocking run of form to start the season, but have now recovered some stability. The second good omen comes in the shape of the fact that neither side has down the double over the other since 2014/15.

In an effort to put an end to that, Munster have named a strong starting XV, sporting 10 changes from the side that beat Zebre 33-5 in Ireland last week.

In the backs there are two more Ireland squad members, with Ian Keatley and Rory Scannell released to start at 10 and 12, while full-back Stephen Fitzgerald and winger Ronan O’Mahony make their first starts of the season.

Jack O’Donoghue captains the side for the first time from blindside flanker.

Cardiff Blues, on the other hand, come into the game with a very settled squad, sporting just one enforced change from the side that beat Cheetahs at the Arms Park last week.

Tighthead prop Anton Peikrishvili is unavailable, due to being on the bench for Georgia against Germany on Saturday, so all-time record appearance holder Fa’ao Filise returns to the starting XV for his 11th appearance of the season.

On the bench there are two changes, as Rhys Gill and Steve Shingler both recover from injuries to take their spots in place of Brad Thyer and Dan Fish.

Ryan Edwards will once again hope to make his debut as a replacement.

A very different challenge awaits Cardiff Blues this weekend, after the free running, expansive style of Cheetahs last Saturday, Munster will be far more direct, powerful and organised in both their attacking and defensive play.

They will no doubt look to target a scrum that rocked under pressure from Cheetahs last week, and a maul defence that has varied in it’s success from sublime to ridiculous. Add in some strong breakdown work, and they will hope to suffocate the Blues before the ball even reaches the hands of Jarrod Evans and the danger men outside him.

Cardiff will have to rise to that physical challenge in order to let the backs get to work, in a game that holds significant importance in respect of the rest of the season.

It’s not season defining, as such, but to get a firm grip on fourth place in Conference A with a confidence enhancing win ahead of an Italian double header will provide a huge boost psychologically.

With no Six Nations action this weekend it would be great to see the Arms Park rocking and getting behind the boys. So, if you’re not doing anything on Saturday, get into town and get yourself a ticket. Come on Cardiff!

Stuart Berry (SA) – It’s fair to say that the South African referees haven’t exactly been a hit in the Pro14 so far, least of all Stuart Berry. Refereed our game away to Scarlets earlier in the season when all in attendance were perplexed with the standard of officiating. This will be his first visit to the Arms Park.