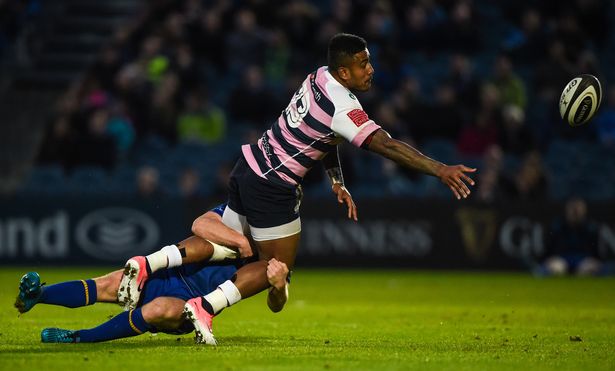 It is two losses in two for Cardiff Blues after last Friday’s defeat to Leinster in Dublin, the first time we’ve lost both opening games of the season since 2009/10.

On top of that, the 19 combined points we’ve scored across the two games is the worst for a Cardiff side since competitive league rugby came in to play in the 1999/2000 season.

One try in 160 minutes, and 14 points off the boot, leaves us only above Treviso in the ‘points for’ standings so far this season, a big difference to last season when our high-scoring attacking game was the one big threat to opposition teams.

In fact, it’s exactly a year since this analysis piece where I looked at just how well our attack had functioned at the start of the last campaign.

So what has changed so far this season? With little personnel change in the players and staff who deal with the attack, is it just that teams have found us out? Or are there wider issues with our style of play?

Firstly, let’s try and break down what our attacking problems have been so far…

We looked last week at how Edinburgh really came and did a job on us, employing a well drilled drift defence that we just could not break down. 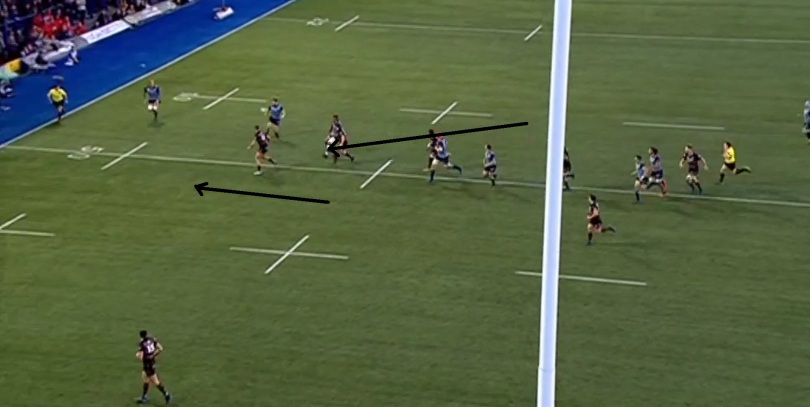 Our identifying of what Edinburgh were trying to do was poor, and instead of targeting the inside shoulder to keep the drift honest, unfortunately we moved laterally a lot, Rey Lee-Lo the offender in the above example as his travel plan shows.

There were elements of that against Leinster as well, as we tied up any space we made out wide, really limiting chances for our dangerous back three attacking threats.

It’s tough on Lee-Lo because he’s the culprit again, but there were more players than just the Samoan guilty of this throughout both games.

The lateral nature of our attack was the obvious issue in both games, but to understand why that’s an issue, you have to look back at the platform being laid on for the midfielders who were so often caught running sideways.

To play an expansive attacking game, as Cardiff Blues are openly trying to do, you need to have a basis to work from, but unfortunately there’s been a lack of thought to our tight game, which hasn’t opened up space in the wider channels.

Obviously we’ve lacked the big ball carriers in the shape of Nick Williams, Gethin Jenkins and Kris Dacey, which reduces our ability to make hard yards in midfield, but secondary to what they do is tie in defenders, and this is something we’ve failed to do so far.

The problem was this one-up runner tactic is that it’s a waste of a phase. It invariably doesn’t result in any ground gained, and even if the ball carrier can get to ground quickly, like in the first clip, there’s no guarantees that the quick ball generated will be effective. 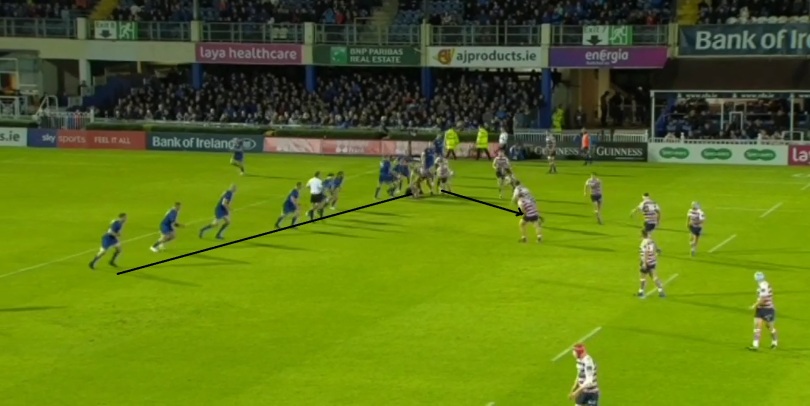 Looking a bit more in-depth at that first clip, the distance the pass travels means it’s easy for the defence to identify the ball carrier and line him up accordingly.

One tackler with one assist can kill the chance to make metres, and due to the length of the pass and the time taken for the carrier to return to the gain line, it’s easy for the defending side to get around the corner and form the defensive line up again.

Even if quick ball is created, as it is in this case, there’s no extra space to utilise and the attack is suffocated by a shrinking area to work in. This was a fairly typical scene across the two games, and was one of the big reasons we found the backs deciding running laterally across the pitch was a good tactic, to try and draw out defenders and make a gap.

The fix to this is fairly simple, and is something we actually used to great success in one of the games. Forwards should carry on a short and sharp basis, to actually make use of the phase, rather than waste by making no ground and tying in no defenders.

By using the pick-and-go tactic, or one-out ball carriers in close proximity, it doesn’t necessarily make a huge amount of yards, but it forces the defending side to re-enforce the fringes of the breakdown, and generally tie in two tacklers. 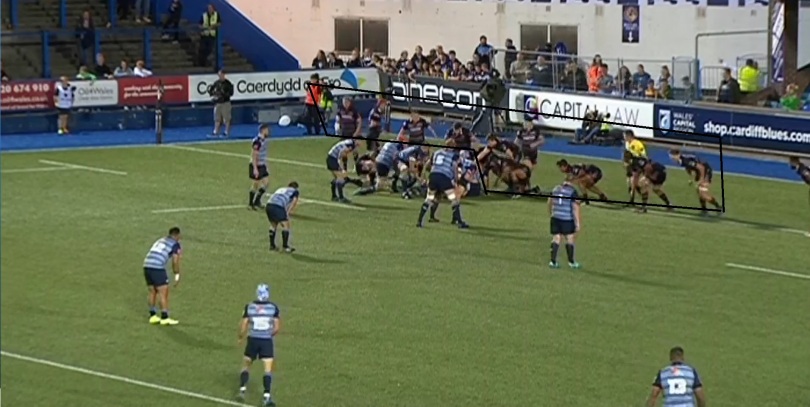 There was only actually three tight phases against Edinburgh, but it pulls in around 10 opposition defenders, and allows Jarrod Evans to put the kick pass out to Josh Navidi, with risk of interception dramatically reduced by how narrow the defence is.

On another day it could go through the hands just as well, although the confidence along the whole back line needs to be there to do that.

Of course the issues aren’t all up front, and the backs can certainly help themselves more by mixing up their lines, as mentioned above, and adjusting their starting position. When we did get quick ball against Leinster, too often we were too deep to capitalise.

Due to Steve Shingler’s position at first receiver being about six metres from the breakdown, it has a knock on effect on the blindside with Rey Lee-Lo standing at the same depth as Tom James. This can’t possibly end up in any of the outside backs hitting the ball at speed, taking the impetus out of the attack.

Moving Shingler, Lee-Lo and Rhun Williams outside them forward a few metres puts the attacking line in a much healthier position. Each player has scope to run onto a pass, and it takes the fringe Leinster defender from the ruck out of the game, drawing in the circled player to the first receiver and creating a 3-on-1 overlap.

For this weekend’s game I think I’d like to see Jarrod Evans and Steve Shingler start at 10 and 12, with Evans comfortable standing flat at first receiver while Shingler can perform an almost on-field mentor role in terms of game management.

With Rey Lee-Lo, Willis Halaholo or Jack Roberts ready to take advantage of the space we can create in the outside centre channel when on form, and Dan Fish ready to start hitting the line at speed again from 15, there’s a return to firing on all cylinders on the horizon.

There’s no time like the present, let’s see it against Glasgow on Saturday. Come on Cardiff!!