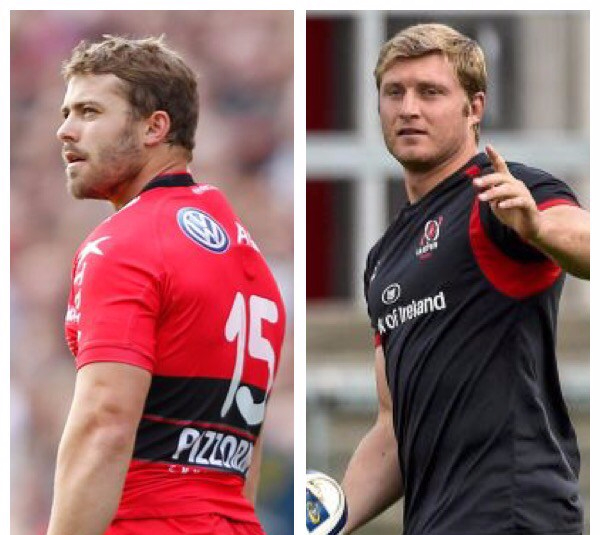 Just when you think transfer silly season is over and it’s time to concentrate on the upcoming campaign, the media produces a new story and this bizarre summer of rugby continues.

With the British and Irish Lions tour extending the summer international period it feels like last season hasn’t finished in many ways, and with uncertainty hanging over 2017/18 it’s not obviously clear when it will end.

To fill the gap between the seasons there is the ongoing drama of Leigh Halfpenny and where he will play next season, after Toulon decided not to renew his contract in the south of France.

Cardiff Blues’ involvement in that seemed to be over back in January. After a few months of speculation it appeared talks between Halfpenny, the club and the Welsh Rugby Union over a national dual contract had broken down due to an issue with the contract length on offer.

It’s no secret that the Lions full-back is keen to test himself in the Super Rugby competition, and wanted a two-and-a-half year deal at the Arms Park to take him up to the end of the 2019 Rugby World Cup which would have allowed him to go south then.

However the WRU were not keen on this, despite Peter Thomas offering to pay the last six months out of his own pocket, and negotiations eventually broke down with Halfpenny expected to sign a bumper new Toulon contract.

Now that hasn’t materialised and French newspaper Midi is reporting Leigh is set to return home to Cardiff Blues after all, with Chief Executive Richard Holland confirming the contract offer is still on the table and the Gorseinon-born player would be welcomed home with open arms.

Where the money comes from is a big stumbling block, with many expecting Peter Thomas to simply put his hand in his pocket, however there may be a slight opening in next season’s budget due to the non-signing of one player.

Probably this summer’s major signing may not be arriving after all, as rumours circulate that Franco van der Merwe’s contract has been terminated before he even turned up at the Arms Park.

The one-cap South African international had been signed from Ulster, after over 70 appearances in Northern Ireland, on what was believed to be a two-year deal in Cardiff, as Danny Wilson locked to strengthen the engine room in terms of both power, set piece proficiency and experience.

Having played with Nick Williams at the Kingspan Stadium, and George Earle back home for the Lions in Super Rugby, it seemed an ideal move to sign van der Merwe, even more so when news of the two new South African sides entering the league broke.

However, back at the Arms Park there have been developments off the field that have resulted in a serious tightening of the belt.

The whole debacle surrounding a possible WRU takeover of the Blues was well documented, and when it was thrown out for infringing on the talks between the rugby club and Cardiff Athletic Club, the fall out included a severe restriction on playing budgets.

It is believed van der Merwe’s representatives were contacted by the Cardiff Blues senior management in a bid to try and get out of his contract, and that this request may have been granted with the second row now rumoured to be linking up with Aviva Premiership new boys London Irish.

This would certainly explain the lack of footage featuring the Springbok from the club’s pre-season coverage so far, or ‘getting to know’ video similar to that we saw with Jack Roberts.

There’s no doubt it may well seem odd to lose one player as a cost cutting measure before signing an even higher profile international, but if there’s one thing Peter Thomas has always delivered then it’s a marquee signing, and Leigh Halfpenny would certainly be that.

At this stage there is no confirmation of either rumour, it’s important to stress, with the club refusing to comment on the van der Merwe aspect, but as Cardiff Blues fans we must ask the question ‘would it surprise us?’, and I’d suggest the answer would be no!