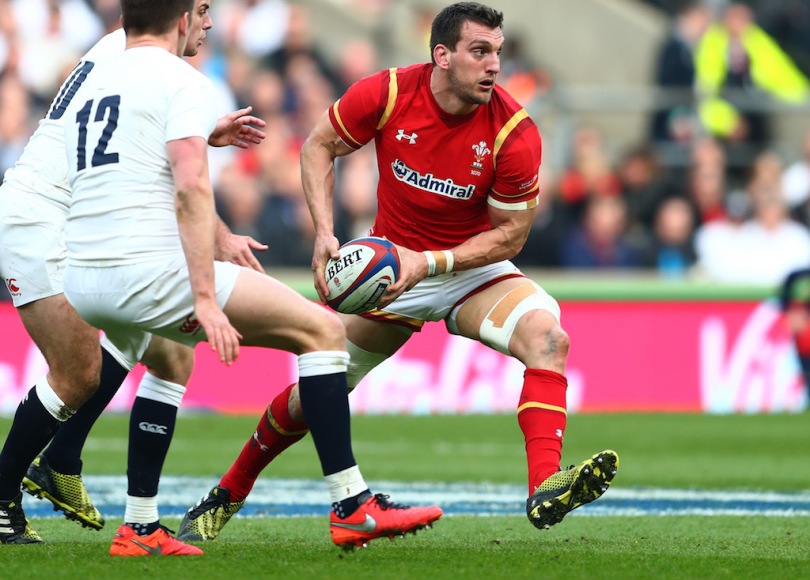 So the Six Nations is done and dusted for another year, as Wales’ campaign came to a disappointing end in Paris on Saturday. In a metaphor for their tournament as a whole, the performance showed flashes of promise, but was on the whole a disorganised affair before France snatched victory late in the game and leave Rob Howley’s men floundering in 5th place.

There will no doubt be a post-mortem from the Welsh media and general rugby mad public, fingers will no doubt be pointed at the coaching staff, quite rightly, and some players are sure to take some slack. It will be the story of the players not used that will be the lingering theme though, as the talents of Sam Davies, Owen Williams and Steff Evans were left unused.

Despite all the negativity though there has been one shining light in the murky world that was Wales over the last two months, and that is the flanker partnership. At the start of the tournament the focus of the country was on who would play in the back row. Justin Tipuric was in excellent club form, Ross Moriarty had a superb Autumn Series, while Taulupe Faletau was seen as un-droppable.

This left Sam Warburton spare in the eyes of many, with his recent run of injuries whilst on national team duty counting against him, and a joint decision to relinquish the captaincy being misconstrued as a setup to remove him from the Wales squad.

Unfortunately for Faletau, but perhaps fortunately for the team selectors, the number eight was injured while playing for Bath, leaving the team selection for the tournament opener against Italy quite simple in switching Moriarty to the back of the pack and Warburton starting at blindside with Tipuric wearing number seven.

With the game in the balance just before half-time in Rome, Italy were looking dangerous inside the Welsh 22, until Warburton appeared with a crucial tackle and turnover. Classic Sam returned and set the tone for his performance over the rest of the Six Nations.

Of course, most of us in Cardiff weren’t surprised that he would go on to perform at such a high level, he had been in good form at the Arms Park for the previous six weeks, and crucially was in excellent physical shape. Seven consecutive games in blue sent him into the tournament with a fitness that he probably hasn’t benefitted from since 2013’s Six Nations.

There was a desire to keep the workrate sky high. Tracking George North’s run to the line against Italy, sweeping up kicks over the top against England and the kick chase hit on Johnny Sexton spring to mind.

Tackling stats were impressive with a total of 77 completed, putting him in the top five team tacklers in each game and twice having the leading tackle stats. He also claimed 13 lineouts, not something he’s often utilised for with Cardiff.

Perhaps his attacking stats weren’t what you’d hope for a blindside, 76 metres from 37 carries, but in reality he was basically wearing 6.5 on his back, as he will always be a natural openside.

Letting go of the captaincy appears to have freed his game up no end, with the ‘senior player’ tag seeming to suit him much more than having the full responsibility of leader. His performances have made him a dead cert for the Lions tour, but to make him captain would be a mistake. If it ain’t broke, don’t fix it!

What was the best part of his Six Nations though? Well, it’s the fact he didn’t get injured, and that was the reason for the massive sigh of relief that reverberated around Cardiff upon the full-time whistle being blown on Saturday, because we seriously need him back fit at the Arms Park!

While the Six Nations have been ongoing Cardiff’s form hasn’t been great with a narrow win over Edinburgh and the traditional home hammering of Treviso between disappointing losses to Connacht and Munster that have effectively ended hopes of qualifying for the Champions Cup via league position.

Injuries to Ellis Jenkins, Josh Navidi and Josh Turnbull have left us short in the back row, with hooker Kirby Myhill having to cover the position on the bench, while we’ve been without a natural openside for much of the last two months leaving us struggling to compete at the breakdown.

With Warburton bringing his knowledge of the dark arts back with him, he could very well be crucial to the next few weeks, starting with the Challenge Cup Quarter-Final against Gloucester. This is Cardiff’s last chance at a real success this season, and could well be the platform to push on towards Champions Cup qualification via the play-offs.

It’s a big end of the season required to re-discover the winning mentality that has drastically deserted the players since the start of the season and salvage some form of achievement from this season, but with Sam Warburton fit and firing, helping lead Cardiff around the pitch, it’s easier to be positive about our chances.