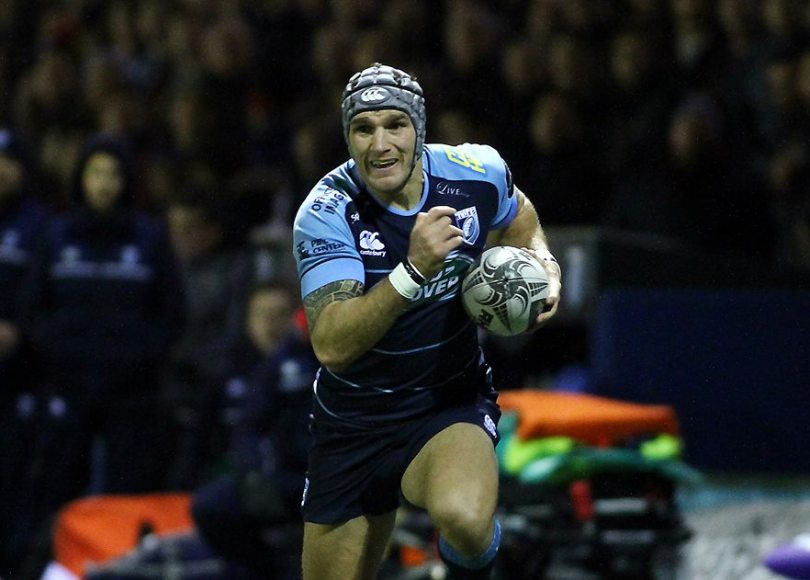 Forget the presents, the turkey and the misery of another Mrs Brown’s Boys Christmas special, because Pro12 action returns with a bang on Boxing Day as the festive derbies commence with the visit of Newport Gwent Dragons to a sold out Arms Park.

The south-east Wales derby is back for another edition, and it’s set to be a competitive one as both sides have named strong teams, with Newport arriving on the back of three wins in the last five games while Cardiff are desperately looking to get a quickly faltering league season back on track.

In terms of the Pro12 it’s been a miserable few games for Cardiff who have only won once since the beginning of October. Heavy derby defeats to Llanelli and Ospreys have been coupled with error strewn losses at the hands of Ulster and Connacht, with only a narrow win away at Treviso keeping us roughly in touch with the top six.

The last two games in the Challenge Cup have been means for optimism though, as two somewhat makeshift lineups, due to a lengthy injury list, have shown up well with a comfortable 28-3 loss in the home leg vs Bath, before a referee-inspired 38-3 loss at The Rec.

Despite the one-sided scoreline in the return fixture there were plenty of positives to take generally from vastly improved defensive shifts, while attacking-wise we looked dangerous every time we went to counter.

Newport meanwhile have recovered moderately well from a disastrous start to the season which saw them win just one of their opening six Pro12 matches. Since then though impressive wins over Connacht and Edinburgh have seem them into 9th position, above the Italians and Scottish capital side, and just seven points behind Cardiff.

The grounding of recent form has come from the home form at Rodney Parade, where Monday’s visitors have not lost since September. That fortress building is something Cardiff could certainly learn from and they may have a change to kick-start with Newport coupling excellent home form with shocking away results, having not won a Pro12 game on the road since March 2015.

That has allowed Cardiff to go three league games unbeaten against Newport, including a double last season where a last minute Rhys Patchell penalty secured victory at Rodney Parade, before Gareth Anscombe scored 18 points during a comfortable 28-8 win at the Arms Park.

In a bid to rid themselves of that wretched away record Newport have named a strong XV with Pat Howard, Tyler Morgan, Ed Jackson and Cory Hill all recalled to their side. There’s a few players to watch with winger Ashton Hewitt tipped for a Wales cap in the future, as is openside flanker Ollie Griffiths.

There’s also a sizeable ex-Cardiff contingent with Sam Hobbs, T Rhys Thomas, Cory Hill and Tavis Knoyle all starting, while Thomas Davies and Matthew Screech are on the bench.

With that the total number of Cardiff developed players involved on Boxing Day will be 20 as Cardiff have 15 of our own in the matchday 23. Danny Wilson is able to welcome back Alex Cuthbert, Tom James, Kris Dacey and Nick Williams back from injury for Newport’s visit in five changes from the XV that lost in Bath last week.

Despite this there are still 13 players on the injury list, plus two banned players, as Blaine Scully misses out with a head injury in the latest fitness blow. Kirby Myhill drops to the bench as Matthew Rees misses out, Cory Allen also takes a seat amongst the replacements with both first-team wingers back, while Scott Andrews is preferred to Fa’ao Filise at tighthead.

There’s a back row re-shuffle with Nick Williams moving Josh Navidi to flanker, and Macauley Cook subsequently heading into the second row as a result of George Earle’s ban. Lloyd Williams can count himself lucky to retain his starting spot ahead of namesake Tomos after a few weeks of less than impressive performances following Team Wales duty.

Thanks to both teams naming respectively strong sides it should be competitive, particularly in the pack where the battle for dominance will be a fierce one. However, if Cardiff can keep the set piece relatively solid, then I feel we should have too much for them in the backs.

There’ll certainly be a few good matchups, Tom James v Ashton Hewitt, Lloyd Williams v Tavis Knoyle, Sam Warburton v Ollie Griffiths and Scott Andrews v Sam Hobbs all worth keeping an eye on. Plus with a bumper crowd there is sure to be a good atmosphere at the Arms Park for this classic Cardiff v Newport derby.

Hopefully those in attendance will be treated to an exciting encounter and Cardiff prevail to start to get this season back on track. Newport’s away record seems a perfect banana skin for us to slip up on, but if we take confidence from the impressive home win over Bath, and use our plastic pitch to it’s full advantage, I’m cautiously positive of a victory. Come on the boys!!

Ben Whitehouse (WRU) – Not a name many look forward to seeing. His last outing at CAP saw Anton Peikrishvili sent off and Ospreys strolling to a bonus point win, but in first team rugby we haven’t seen him since last New Year’s Day when we snatched a win from Llanelli in the last minute. Maybe a slightly more comfortable win would be better this time!