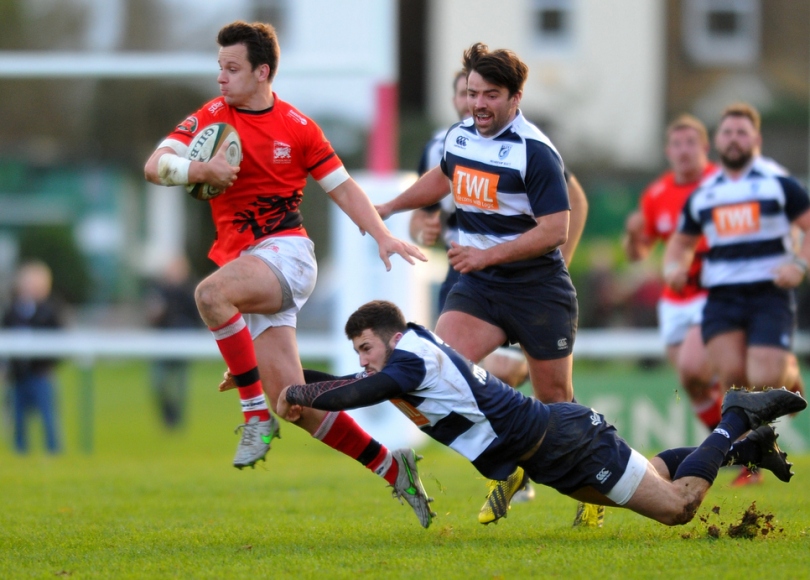 The return of European rugby means the returrn of the British and Irish Cup, and Cardiff A resume their campaign with a double-header against the Cornish Pirates, first welcoming them to Cardiff Arms Park this weekend. Like the senior team, the A side are facing a make or break week as they battle for a place in the top two to make the quarter-finals, following a draw against Nottingham and last-gasp loss to London Welsh.

Their opponents, the Cornish Pirates, currently lead the pool after wins at home to Welsh and away at Nottingham, but such is the competitiveness of the group that a bonus point win, or a regular won by 12 points, will take us above them. Their success in the BIC has been timed with the league form as the Pirates have won their last two league games, having won only two of their previous nine, meaning they arrive in Cardiff on a run of four wins. They beat London Welsh in the league last week at Old Deer Park, 19-38, but still find themselves down in 10th in the Championship. A misfiring attack and a leaky defence haven’t helped earlier in the season, but at least in terms of try scoring, they have improved in the last few weeks.

Not a lot to go on in terms of previous encounters, as Cornish Prates have never played the professional Cardiff side, but there was a pre-season friendly in the South-West for Cardiff RFC at the beginning of the 2009/10 season, which didn’t go so well. Gareth Davies scored 8 points, and Owen Williams came off the bench, as the Blue and Blacks went down 60-13.

Cardiff A have been equally misfiring as their opponents this weekend, although with slightly less evidence to base this on. The friendly against our Ospreys counterpart had given hope that we might do well in the BIC, but a draw at home to Nottingham in dreadful conditions didn’t give us much chance to get more form behind us. The loss to London Welsh was a real disappointment as we were cruising to an easy win before losing concentration. Hopefully big lessons were learned and backbones strengthened. At that time, it reflected the performance of the senior team remarkably as players effectively stopped playing for large parts of matches, perhaps now the full side have got their act together a bit, the A team will keep following.

After that poor defeat, Richard Hodges has rung a few changes in the team for the weekend. A new half-back pairing of James Thomas, in his third stint with Cardiff RFC, and Tomos Williams, who returns from injury, is supported outside by senior players Tom Isaacs and Richard Smith. There is a new look front row in front of them, as youngsters Brad Thyer and Dillon Lewis pack down either side of Scott Andrews, who cements his place as ‘World’s Most Versatile Forward’. The final change is in the back row, as Pontypridd’s Rhys Shellard comes in at flanker.

TBC (IRFU) – All I can find is that it will be an Irish referee, as it has been and will be for all our games.